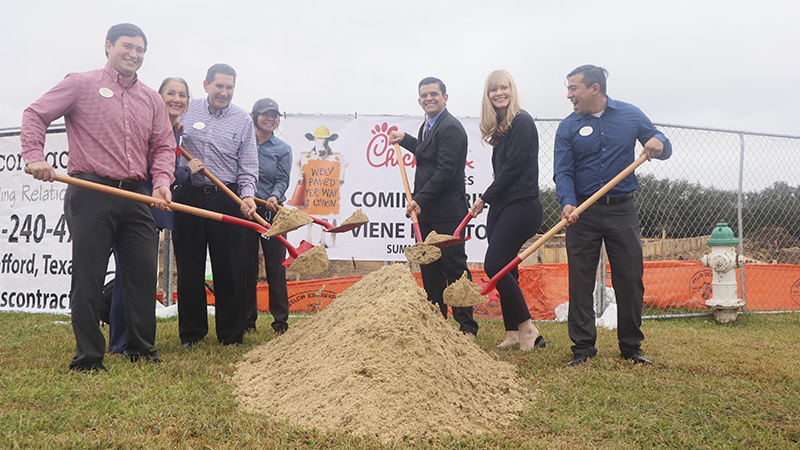 GROVES — Area fast food fans will have a new Chick-fil-A within the first half of the year as Groves officials and the eatery’s owners broke ground at the new site Tuesday.

The new location’s owner and management put shovels in ground with members of the city present at 5100 W. Parkway St.

The fast food spot is tentatively scheduled to open April 28. 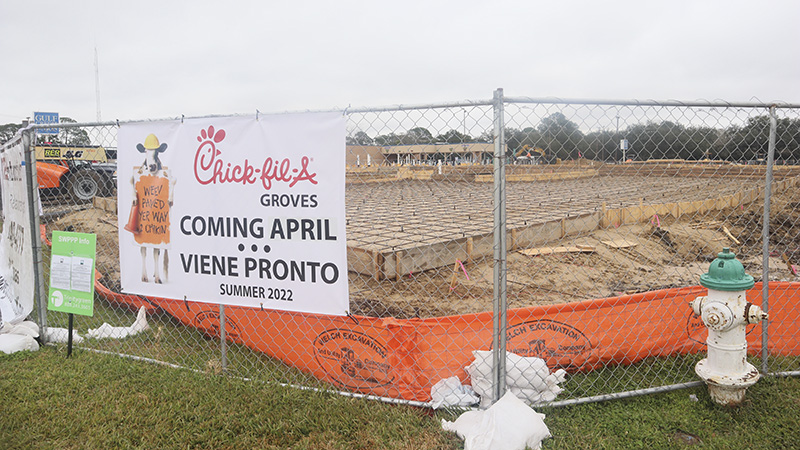 “It is so exciting to us,” said Owner Mike Tschirhart, who also owns the Port Arthur location.

“We have been serving the Groves community for the past 12 years but it is so difficult to get into that traffic. They love Chick-Fil-A but they wished something was closer, and we will get to provide that to them.”

While the new spot is three days behind schedule due to the recent rain, Tschirhart believes they will hit their late April mark.

“Our construction supervisor said it will be caught up,” Tschirhart said. 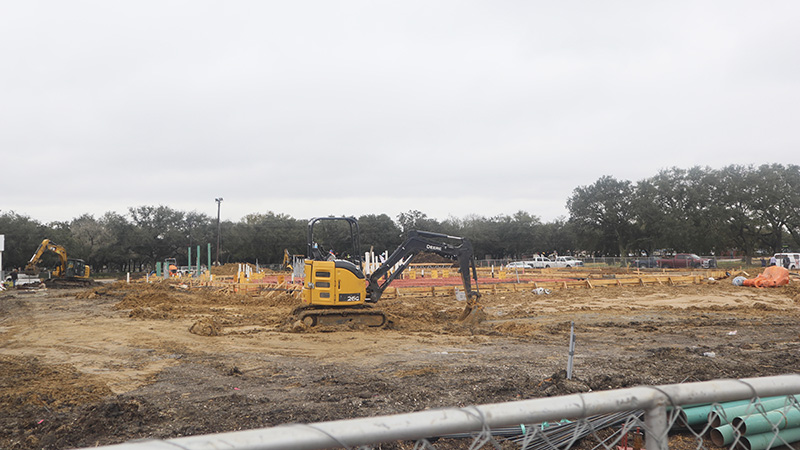 Construction workers had already begun to set the foundation for the new Chick-Fil-A in Groves. (Chris Moore/The News)

The location is becoming one of the more attractive destinations for business in the city as the new Starbucks is set to open next to it within the next few weeks, City Manager D.E. Sosa said.

“After five years of working on (bringing Chick-Fil-A) here, it is relief,” Sosa said.

“There were so many times it derailed and got back on the rails. We have to thank the owners, the developers; we have to thank TxDOT. So many people pulled to really make this happen…It seems like everyone is happy and everyone can’t wait for this to open up.”

On Tuesday, construction workers continued to build in the gloomy weather.

The team had tractors on site and boards had already been laid for the location’s foundation.