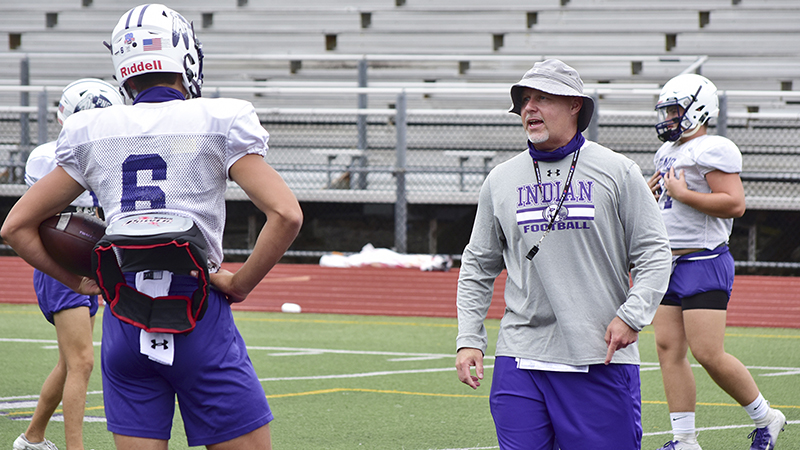 Former Port Neches-Groves Head Coach and Athletic Director Brandon Faircloth has his work cut out for him as he starts to rebuild in Sulphur Springs.

Faircloth said he would likely bring along some members from his PNG coaching staff to join him.

“You have to love (the rebuilding process),” Faircloth said. “It gives you a chance to move and get to work with different kids. PNG was such a special place for me and my family for 13 years and we enjoyed every second of it. We are going to miss everything about PNG.”

The Wildcats went 0-10 last season and have only won three games in the past three seasons. Faircloth led the Indians to an 8-5 record last year, including his 12th playoff appearance in his 13 years with PNG.

Sulphur Springs, which played in 5A Division II last year, is dropping down to 4A next season.

“I don’t know all of the details yet, but there will definitely be some PNG coaches that go with me,” Faircloth said. “I’m sure there are some great coaches here in Sulphur Springs, too. I am excited about getting to know them and getting to work with them, as well. It is a unique time. There are a lot of unknowns, but I am very humbled about the opportunity to work in Sulphur Springs.”

Faircloth hopes to start his new job as soon as next week, where he will begin looking at his staff and meeting with players.

“I’m excited for the opportunity,” he said. “Obviously, you have a lot of energy and enthusiasm to take over a new place and see what you can do.”

Faircloth attended the Sulphur Springs Independent School District school board meeting Monday, where members voted in favor of his hire.

“I want to get here as fast as I can and start building relationships with those kids, their parents and the community,” he said. “We want to establish our program very similar to how we did it at PNG. I am looking forward towards a lot of success on Friday nights.”

Despite the recent downturn for the Wildcats, Sulphur Springs has enjoyed some success over the past couple of decades. The team won the state title in 2008 and made it to the quarterfinal in 2009. However, since 2010, the team has made the playoffs eight times with three first-round wins.