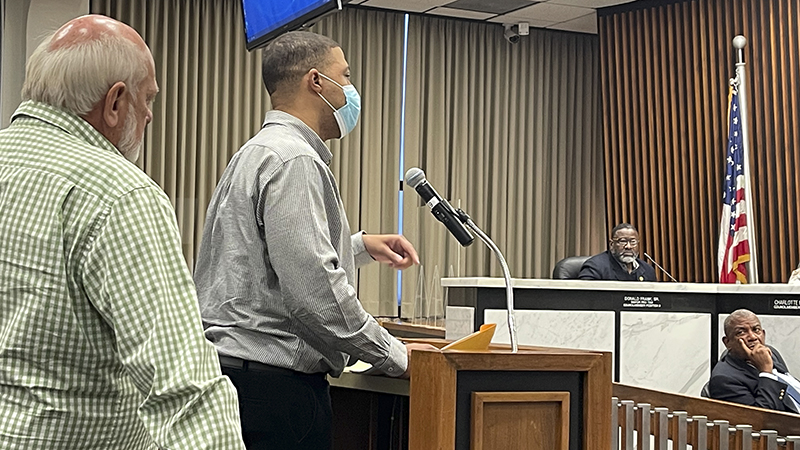 After than more than three months without one, the Port Arthur Economic Development Corporation now has a permanent CEO.

Jessica Carpenter, who was chosen by the EDC Board of Directors in December to lead the entity, was approved Tuesday night by a majority of the Port Arthur City Council.

“The reason I am not comfortable with voting at this time — there are two councilpersons with extenuating circumstances who are not here,” he said. “I think on something as important…I really want and would prefer to have an entire council here and have their input.”

Councilmembers Kenneth Marks and Ingrid Holmes were unable to make the meeting due to personal reasons, Bartie explained early on.

However, with a vote by Mayor Pro Tem Donald Frank and a second by Councilwoman Charlotte Moses, the motion passed to hire Carpenter to the position left vacant Oct. 1, 2021, following the resignation of long-time leader Floyd Baptiste.

Baptiste, who had served as CEO for 17 years, resigned in July but remained in the position through the end of September.

George Davis has been serving as interim CEO since, but did not apply to the position.

Carpenter’s contract was sent to council in January and discussed at the last regular meeting. However, the decision to hire her was tabled in favor of a joint meeting with the EDC.

That meeting took place Tuesday at City Hall, where Carpenter’s contract was discussed in executive session.

Afterward, it was decided she would be hired with one change to her contract — her original proposed salary of $180,000 per year would be changed to $172,000.

Carpenter was not present at the meeting but did join through Zoom.

A second item in executive session — deliberating the duties of the EDC’s legal counsel — was not voted on.

The entities previous counsel, Germer PLLC., resigned at about the same time as Baptiste. Davidson, Troilo, Ream & Garza PC Attorneys at Law of San Antonio is serving as interim counsel.

EDC President Jerry LaBove said the EDC would be soliciting bids for a permanent law firm.

“I’d like to thank the EDC board of directors,” Moses said. “You volunteer your time and services to the City of Port Arthur, and you are professionals and you have done a great job. I’ve been on council since 2016 and all of my appointees have served well and done a great job. And I really appreciate what you do for our city.”