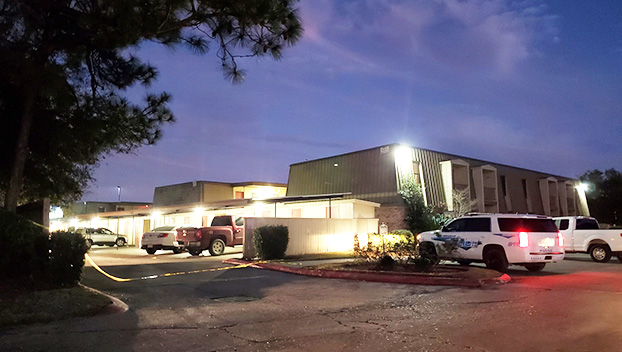 The recent shooting death of the former mayor’s brother has shocked and saddened members of the community.

“My deepest sympathy goes out to the family,” Jones said. “I’m at a loss as to what happened to their son and brother.”

Marcus Freeman, 34, of Port Arthur was found slumped over in a vehicle at Normandy Apartments, 3800 Normandy Ave., Friday afternoon. He had been shot multiple times, police said.

The victim did not live at the apartment complex and police do not believe the shooting was random. Port Arthur Police Det. Sadie Guedry said the investigation is ongoing.

PAPD’s Criminal Investigation’s Division is handling the case. Anyone with information about the death is asked to call the police department.

The city’s current mayor, Thurman Bartie, extended his condolences and prayers to the Freeman family on the loss of Marcus.

When Bartie got word of the death, he was in Washington, D.C., for The United States Conference of Mayors, where one of the topics was about illegal weapons.

“And just this past weekend and yesterday (Saturday and Sunday) we experienced police officers who lost their lives in the line of duty,” Bartie said of another area, adding Freeman was likely killed by an illegal weapon. “This is something we really, as mayors, addressed in our national meeting and then to find out our former mayor’s loss — it’s very tragic.”

Bartie said he would like for the entire city to join him in offering special prayers for the Freeman family. He also asked if anyone has information on the shooting to contact the authorities. He also said anyone with information can contact him and he will not say who gave the information.

By Monday the family’s social media pages were filled with condolences, remembrances and offerings of sympathy and prayers.