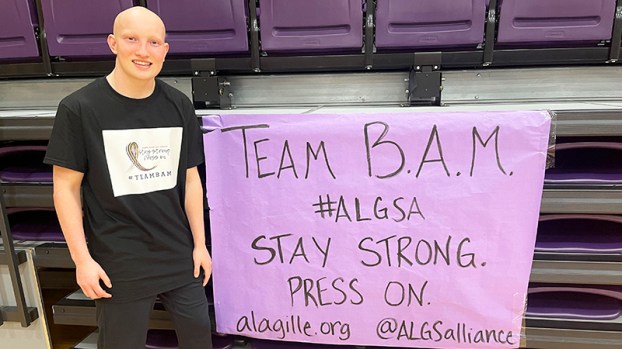 Bryston Mascitelli, 14, was diagnosed with Alagille Syndrome when he was 6 months old. (Monique Batson/The News) 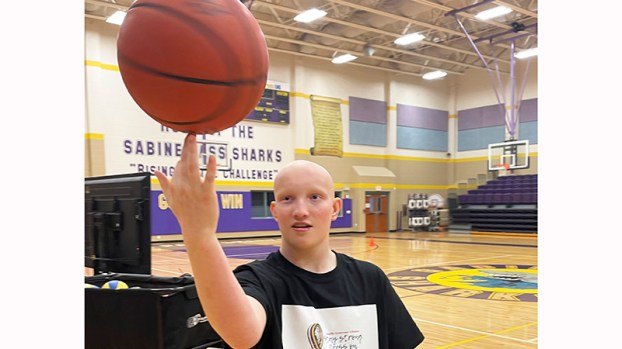 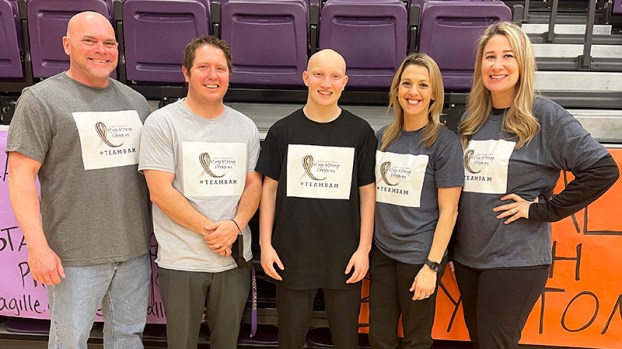 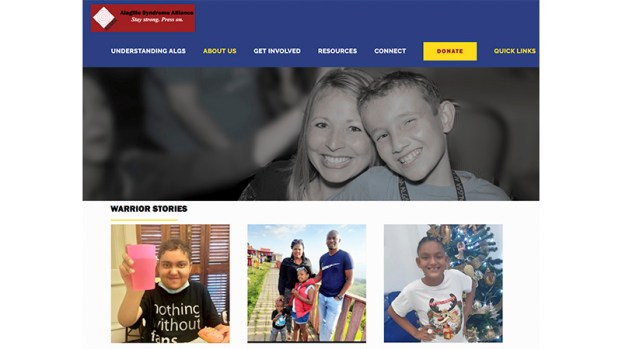 Bryston and his mom Britny Arnett are featured at the top of a page on Alagille.org. (Screenshot) 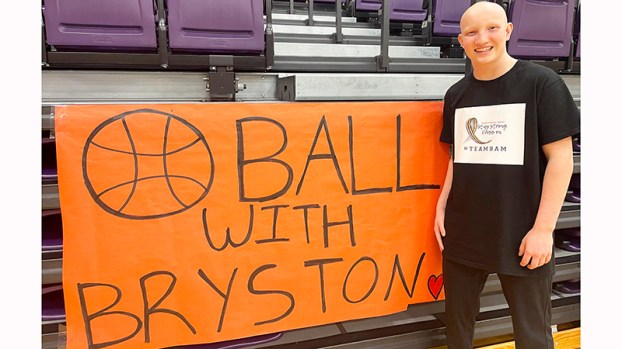 SABINE PASS — Monday was all about Bryston Mascitelli at Sabine Pass School. Globally it was known as International Alagille Syndrome Awareness Day. But as one of the few people with the rare genetic disorder, Bryston, 14, was the focus of his campus.

Teachers and administrators wore shirts made specifically for the eighth grader, and activities were planned throughout the day to incorporate a different kind of education into the regular curriculum.

“He loves to play basketball, so that’s why we’re doing Ball with Bryston today, getting the little kids to participate,” said Coach Sarah Cropper, who has been a friend of Bryston’s family all his life.

“That way he’s able to show them that he can always live life, stay positive and do what he wants to do with the best of abilities. Today is his day.”

Bryston spent a while showing off his basketball skills to the elementary-aged students, spinning the ball on just one finger. And he’s waiting to start his next sport soon.

“I’m good at baseball,” he said. “I’m good at football, too, but I’m not allowed to play it. I might get hit too hard in the head.”

Bleeding in the brain can be one of the complications of the condition that affects about one in 70,000 people worldwide, according to Johns Hopkins Medicine.

Symptoms generally appear before a child is 2; and can include jaundice in the eyes, itchy skin, delayed growth, kidney disease, or — as was in Bryston’s case — a heart murmur.

“It was expected to go away by (the time he was) 6 months, but it didn’t,” said Bryston’s mom, Britny Arnett. “He was diagnosed at 10 months.”

Britny said Bryston’s cardiologist referred them to a gastrointestinal specialist, who suspected a different condition and sent them to a hepatologist in Houston.

“He walked in and within two seconds he said, ‘I don’t care what other genetic tests show, he has Alagille Syndrome,” Britny said. “Ironically, he had wrote his thesis over Alagille’s. That was a Godsend.”

Since then, Bryston has learned to live as much as possible despite any limitations.

He only misses school for doctor’s appointments.

And while he’s not quite sure what he wants as a future career, the oldest of four children and two pugs said he would like to be an astronaut.

“I really love space,” he said.

And when he’s not playing sports, he’s watching them.

“I watch football, basketball and baseball,” he said. “I mainly go for the Astros and the Texans, but they haven’t really been doing good because they got rid of all their good players.”

“You’re never in the safe zone with it. And that’s the biggest thing: You think you’re in the safe zone but you never are,” she said. “As a mother, I worry 24/7. Bryston never worries. So I carry all of his worries. I’d put him in a bubble; I’ve wanted to. But I can’t stop him from living.”