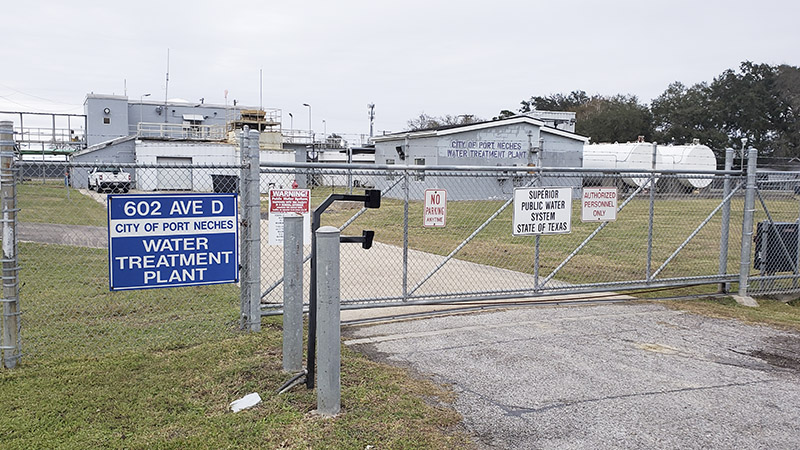 Work at the city of Port Neches water treatment plant is on the table for discussion. (Mary Meaux/The News)

PORT NECHES — When staff with the City of Port Neches begins to look at potential projects, they first look to infrastructure.

While the word itself may not always conjure the most exciting activities, it does equate to quality of life and the basic needs provided.

“As you all are aware, our emphasis is always infrastructure. The thought being we need to invest in that whether it be water, sewer, streets, water plant, sewer plant, in order to maintain the integrity of those systems,” Port Neches City Manager Andre Wimer said.

On Thursday, council learned of potential bond projects but no decision as made.

There is the work not normally seen such as sanitary sewer lines and water projects because “once it’s in the ground, it’s there and is typically forgotten except by utility workers.

The wastewater treatment plant will see some upgrades if the project is approved.

“One of the largest components of that involves the replacements to the centrifuge,” Wimer said of the necessary part needed for the plant.

There’s also more than $275,000 worth of city streets to receive concrete replacement repairs including areas on MacArthur, Heisler, eighth Street, Matterhorn and Windsor to name a few.

One stretch of road — Block Street — may see repairs from Port Neches Avenue to the cemetery, Wimer said.

Director of Public Works Taylor Shelton said Block Street will have a flexible base and that, if approved, the project will have a wait a while.

The reason for the delay is the city wants to wait for the construction of the new Woodcrest Elementary School and for a subdivision to be completed, as well as waiting for school to end for the school year.

Funding would come from the issuance of debt. The city periodically adds to the debt service rate as old debt is paid off, thus keeping in the same range.

Aside from this funding source, the city hopes to use monies from the Texas Commission on Environmental Quality from the BP Oil Spill and some from the Torm Mary oil spill.

A portion of Port Neches Park near the waterway was turned into a command center as various agencies descended on the scene. Roughly 30,000 gallons of oil was spilled.

City staff hopes for the boat ramp area to be refurbished using those funds.

The projects will be discussed at a later date and no final decision was made.