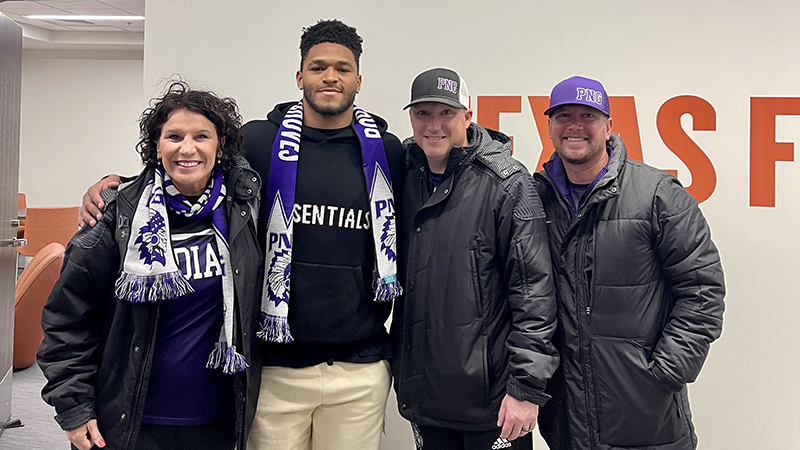 The Port Neches-Groves girls soccer squad got treated to a guided tour of the University of Texas by one of the high school’s most recognizable alumnus.

Former PNG quarterback and current Longhorn running back Roschon Johnson played host to the Indians, who were in the area for a tournament this week.

PNG Head Soccer Coach Aimee Bates said Johnson was originally supposed to speak to the team during the winter break. 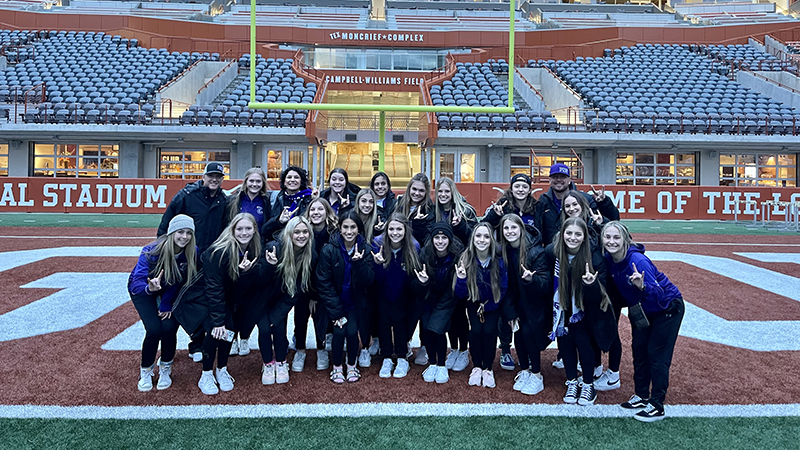 “We usually have a series of speakers throughout the season,” she said. “During the Christmas break, we were going to meet up with him, but the times ended up not matching up. I reached out to him and said we would be in Georgetown for the Governor’s Cup and said we might be able to meet up that way.”

Johnson reached out to Bates before they left for their trip and told her he had something special planned for the team.

“We met up with him (Thursday afternoon) after he finished workouts,” Bates said. “One of the soccer seniors brought us to the soccer locker room (at the University of Texas). He brought us to the football facilities and told us about his experience and having a winning mindset.”

Bates said she always plans activities for her team throughout the year, but admitted players told her the tour was the best.

“It was a unique opportunity that we might not get to experience again,” PNG’s Rylee Miller said. “We were very grateful that he took his time to come show us around. It is something I will never forget.”

Hannah LeBlanc said there was one sight the team particularly enjoyed.

“The football boys have an arcade room in their locker area,” LeBlanc said. “I think that was everyone’s favorite. We played hockey and some basketball. They also had a motorcycle game that we really enjoyed. It was a lot of fun there.”

For Bates, she said her highlight was stepping onto the football field at Darrell K. Royal Stadium.

“You just feel like a rockstar,” she said. “It was amazing.”

Bates is a huge fan of Johnson’s and is grateful for all he does for his former school.

“He is just an amazing human,” she said. “Besides his athletic, gifted talent, his hard work inspires kids for generations to come. Me seeing him for four years in high school and three in college, he is the hardest working athlete I have ever met. He is humble. He is a God-fearing young man and I am so proud of him. When he speaks to the team, he speaks from the heart. He is genuine. I just can’t say enough good things about him. I get blown away every time I am around him.”

As far as the tournament goes, Bates said her team has taken away some valuable lessons from playing schools all across the state.

“We lost the first game and tied the second one,” Bates said. “Every time we step on the field, things get better and better. I am very happy with our fight. Today, it was a physical game. My kids did not back down. They battled and played a good game.”

The matches are played on the same field that the state playoffs will be held in a few months.