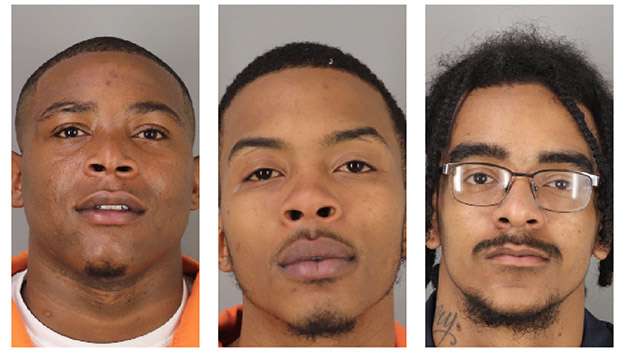 Two of the weapons seized after a traffic stop and subsequent chase in Port Arthur this week had been reported as stolen from local cities, police said.

One of the guns had been reported stolen during an auto burglary in Port Arthur, and the other was stolen from Nederland, police said.

Details on the Nederland theft were not immediately available.

While the chase and arrest of three men went down safely Monday, there is always an unknown involved.

Port Arthur Police Det. Sadie Guedry said authorities are grateful the weapons were taken off of the street.

“Traffic stops can turn into more than a simple traffic stop,” Guedry said. “Officers don’t know what they are pulling up on. It’s one of the most dangerous tasks officers face besides domestic violence. There’s always the unknown.” 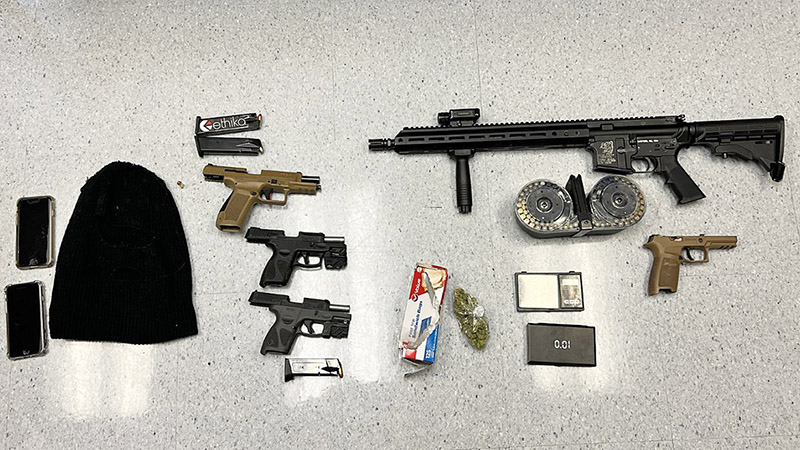 The Port Arthur Police Department released this photo of what detectives say was discovered in the aftermath of a recent traffic stop and police chase. (Courtesy photo)

The incident began when officers on patrol saw a vehicle run a red light at approximately 12:35 a.m. Monday in the 1300 block of Grannis Avenue and attempted to stop the vehicle.

Instead of stopping, the vehicle allegedly accelerated and led police on a brief pursuit before coming to a stop.

According to a news release from the Port Arthur Police Department, there were three men in the vehicle.

A search turned up four semi-automatic pistols along with an AR style rifle with a 50 round drum attachment.

Police arrested Renaldo Carter, 22, of Beaumont for evading arrest/detention with a motor vehicle. His bond is set at $10,000.

Kary Dennis, 20, of Port Arthur is charged with failure to identify and fugitive from justice. Dennis also had several outstanding warrants out of Harris County, police said. His bond is set at $8,500.

Dustin Prejean, 21, of Beaumont is charged with unlawful carrying of a weapon. His bond was set at $1,000. He bonded out later that afternoon, according to information from the Jefferson County Sheriff’s Office.

“These officers showed great initiative conducting this high risk traffic stop in an effort to combat violent crime in the city of Port Arthur,” Guedry said. “Our officers will continue to be proactive concerning the safety of our citizens.”