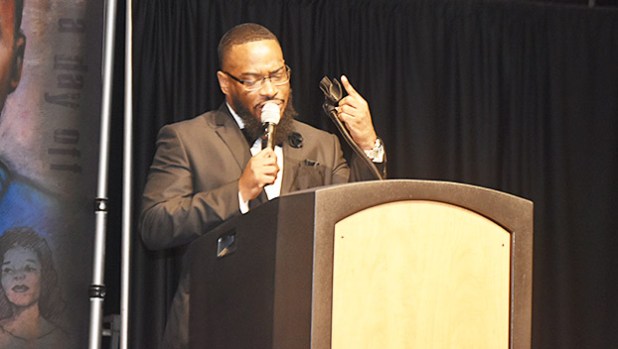 The Rev. Kalan Gardner of First Sixth Street Baptist Church and president of the local chapter of the NAACP delivers his speech during the 36th Annual Martin Luther King Jr. Brunch and Celebration on Monday. (Mary Meaux/The News) 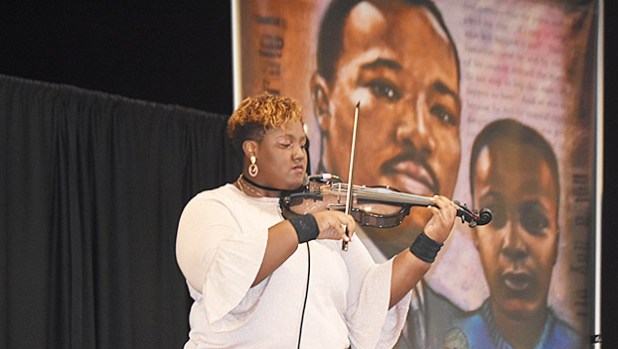 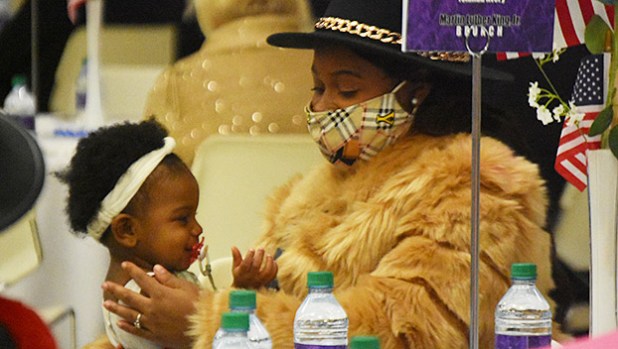 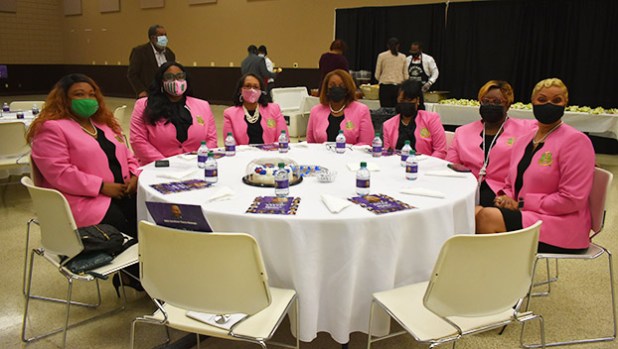 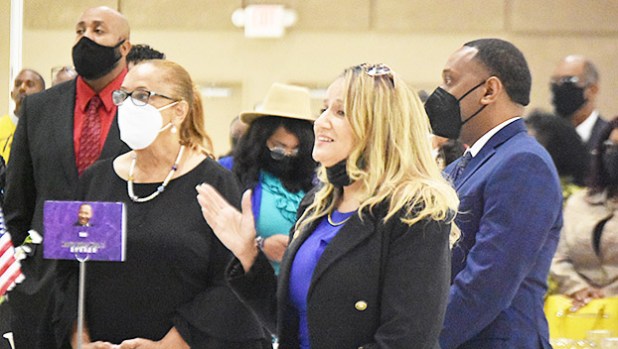 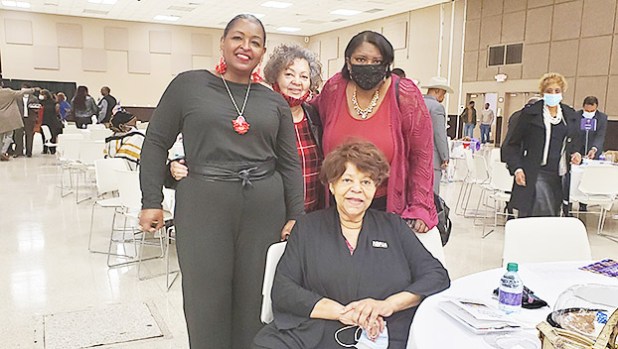 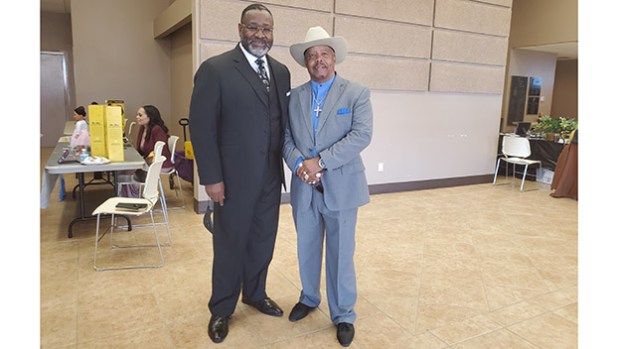 The dream acknowledged the long and difficult struggle African Americans have faced, and King knew those involved in the movement involved had been beaten, insulted and incarcerated.

“But still he urged them to return home, confident in the value of the promise of their plight,” said Gardner, who is pastor of First Sixth Street Baptist Church and the president of the local chapter of the NAACP.

Evoking the poet Langston Hughes, Gardener asked what happened when a dream is deferred.

READ MORE: Be a light for the future and eradicate darkness: message at MLK event.

“Does it dry up like a raisin in the sun or fester like a sore and then run? Does it stink like rotten meat or crust and sugar over like a syrup sweet. Maybe it just sags like a heavy load or does it explode? The poet Langston Hughes wrote that poem in response to what he felt as a black man navigating a career and personal life in a white-dominated world,” Gardner said. “Has Dr. King’s dream been deferred when we’re still fighting against lawmakers about a law that discriminates against minority voters?”

And what would Dr. King say is he were able to speak today?

“…(H)e would tell us how disappointed he is in the fact that he fought for people of color to be on council, to be on boards only to find out that the people he fought for are against each other,” he said. “I believe he would tell us today that we need to make sure that we are unified across the board.”

Unity was a common theme during the 36th Annual Martin Luther King Jr. Brunch and Celebration on Monday, where approximately 400 guests attended the event headed up by the MLK Support Group.

Fifty-eight years have passed since the civil rights leader’s march on Washington, D.C.. leading Pastor Gardner to say the dream must be kept alive. Quoting William Henley’s “Out Of The Night That Covers Me,” he spoke of the unconquerable soul, of the horrors that are dealt with and of tenacity.

“It matters not how strait the gate,

How charged with punishments the scroll.

I am the master of my fate:

I am the captain of my soul,” he said.

“The theme of this poem stated that we’re supposed to survive in the face of any severe test that come my way and I believe that’s what we’re celebrating today,” he said.

Several attendees shared with Port Arthur Newsmedia on what the day meant to them.

Godfrey Charles Sr. said the day echoes how serious change is positive for all mankind.

Dianne Francis said the day is one of remembrance of what the forefathers fought for, equal rights and equal opportunities.

It also means to keep hope alive, follow the legacy of Dr. King left for African Americans and all people.

Her sister, Beverly Frazier, said the day is for remembrance but there is still a long way to go.

“And there’s really a need to improve ourselves,” Francis said.

As Gardner put the finishing touches to his speech, he brought he topic back around to Dr. King’s dream.

“We must make sure if we’re going to keep his dream alive that we’re constantly fighting for progress,” Gardner said. “So this is my plea, this is my prayer. For us as a people, that we keep Dr. King’s dream alive.”