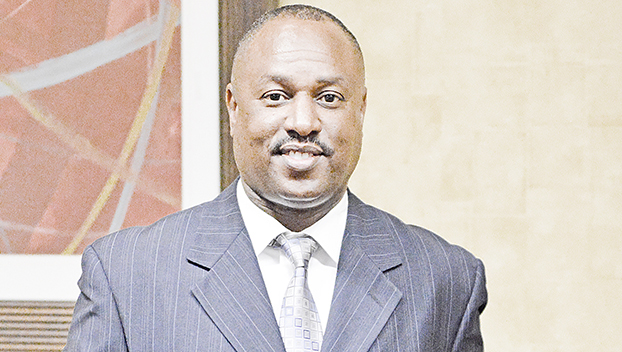 Memorial Head Track and Field Coach Darrell Granger was named one of the Coaches of the Year by the Southeast Texas Coaches Association.

The group announced the winners for 2021 earlier this month.

Granger, who is going into his 17th season as the head track and field coach at Memorial, took two field event participants to state last year and came away with a gold medal and bronze medal.

The coach said he was honored to be recognized by other coaches in the area.

“Anytime your peers vote you as coach of the year, that is the example I am trying to be for my kids at Port Arthur Memorial,” he said.

“Anytime they see what I am doing to make Memorial and the Port Arthur community good and they recognize that, that makes me proud.”

“He consistently wins and runs a good program,” Morgan said. “He has been a huge benefit to me, for sure on the football side of things being someone to bounce ideas off of.

“I get a lot of feedback from him. I think he is the longest tenured coach that we have. He has been around and understands the culture of Port Arthur.”

Granger said last year’s team was a bit of a departure from what people think about when they talk about Memorial’s track program.

“It was special because that was the first time I had two field events guys place in the state meet,” Granger said. “I had one guy competing in two events with Maleek Jones doing the triple jump and the high jump. Tre’Vonte (Caines) winning the shot put was a big accomplishment for the program. That was the first time we had field event participants, which was special. Now, we just need to put that all together to make the dream work.”

Last year, Caines took home a gold medal in shot put, while Jones earned a bronze medal for the triple jump and finished fourth in the high jump. Granger said their success helps the program grow.

“I have noticed more participation in the field events,” Granger said. “More of the football guys on the offensive and defensive side of the ball on the line want to come out and throw the shot and the discus. The success from last year has helped out tremendously.”