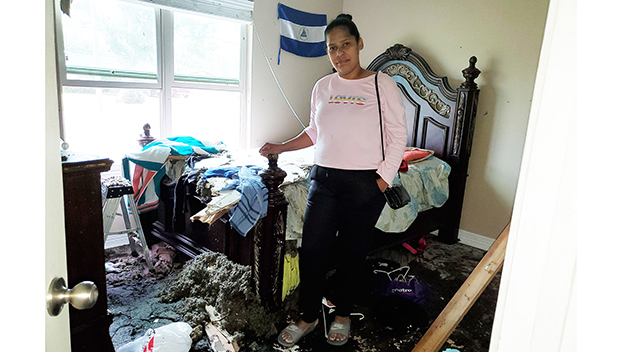 Maria Zamora stands in one of the bedrooms that was damaged during a house fire Tuesday morning. A GoFundMe account has been set up to help the Zamora family. (Mary Meaux/The News)

Maria Zamora was at work Tuesday when she received a frantic phone call from one of her daughters saying their house was on fire.

In the seconds it took to process the information, there were thoughts of worst-case scenarios such as the recent apartment fire in the Bronx that took 17 lives, including a number of children.

The daughter grabbed Zamora’s 3-year-old daughter, and the two were able to navigate the heavy smoke to safety. 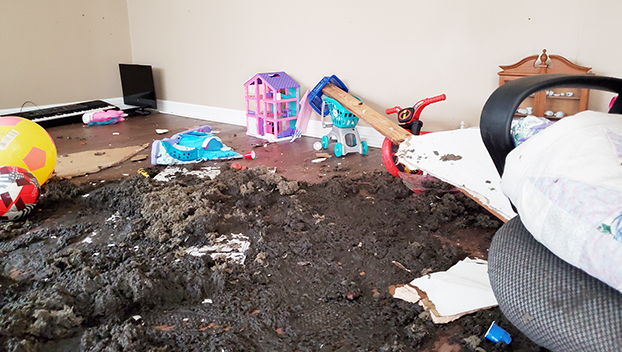 Fire- and water-damaged materials lay on the floor in the Zamora family’s home. A child’s school computer, bed, toys and other items were damaged or destroyed. (Mary Meaux/The News)

The brick home on Wentworth Avenue doesn’t lend many clues to the damage inside, Zamora noted while standing outside holding one of her dogs, Sisipoo.

The small wire-haired dog became scared during the chaos that ensued as Port Arthur firefighters worked to extinguish the blaze and hid under a bed. The older daughter hollered for the dog while outside and a firefighter was able to locate the dog., Zamora, a mother of five, said.

She believes the fire started in the attic above her daughter’s room.

“She was sleeping and heard the alarm. She opened her eyes and saw the smoke and thought she was still sleeping,” Zamora said.

“She took the baby girl. Thank God she made it.” 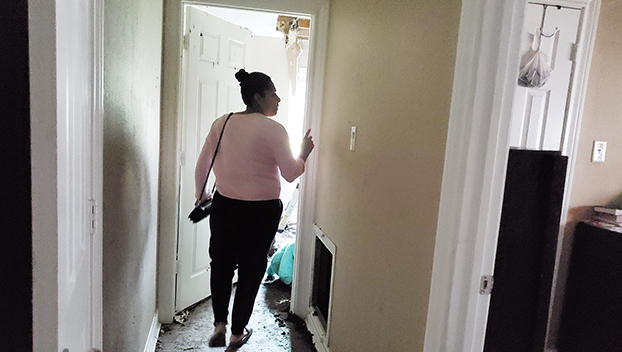 Maria Zamora walks down a soot- and water-soaked floor to a room with fire damage. (Mary Meaux/The News)

Zamora lives in the rented house with her husband and five children. At the time of the fire she was at work, her husband was in Houston looking for a job, her 11-, 13- and 17-year-old children were in school, leaving the toddler and other daughter at home.

The family lost more of their belongings from fire, smoke and water damage. The American Red Cross helped with food and getting them setup in a hotel — they checked in Tuesday night at 8 p.m., she said.

The Port Arthur woman said their belongings can be replaced but people can’t. 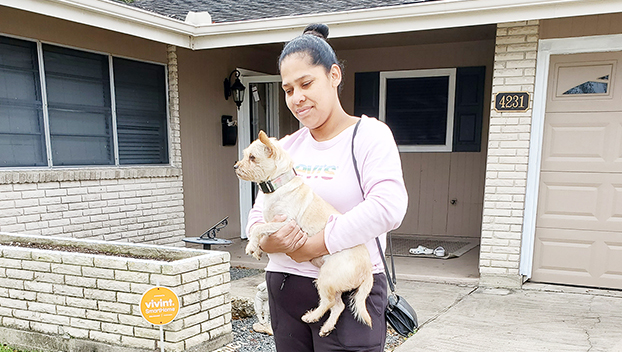 Maria Zamora holds one of her dogs, Sisipoo, that had to be rescued from the house fire on Tuesday. (Mary Meaux/The News)

Zamora is a caregiver working with Visiting Angels, which provides living assistance services. David Ingram, executive director of the business, organized a GoFundMe called The Zamora Recovery from House Fire.

Ingram said he started the GoFundMe to make sure Zamora is taken care of and her children are provided for.

He said he feels for the family’s loss and wants to help out any way possible and has contacts he can use to spread the word.

“She was in chaos mode when she told us about it,” Ingram said.

“At that time it makes sense to do what you can to help out. We really care about our staff’s wellbeing and we want to help out.” 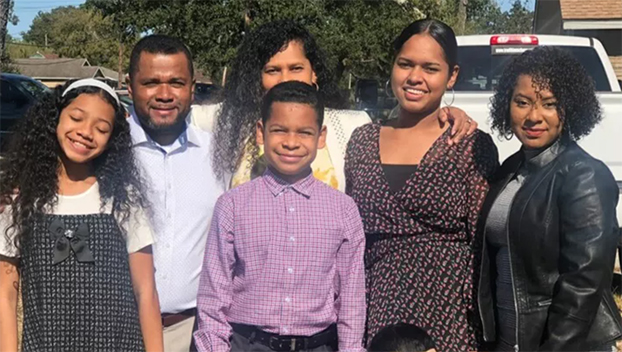