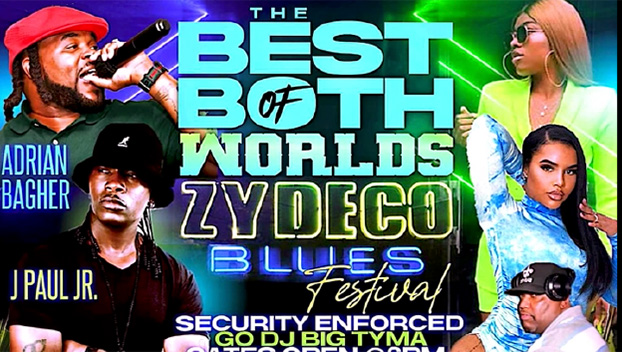 Port Arthur will play host to a new zydeco and blues festival this weekend after a local organizer wanted to give the older crowd a party.

The Best of Both Worlds festival aims to provide a source of entertainment to a generation that might not like going to a club, organizer Toryn Foreman said.

“This is something that Port Arthur hasn’t had,” Foreman said. “We are trying to see how it will go this year. We want to make it an every year thing. We want people to come out and listen to some good music and have some good food. We want people to dance, laugh and enjoy themselves.”

Foreman, who is used to planning parties, said he wanted to do a show that is unlike anything the area has seen.

“I throw other parties, but it is normally a rap thing,” he said. “I just sat down and thought about it. A lot of people were telling me that I do a lot of rap and they don’t listen to rap. They said I needed to do something for other people. I got ideas from some people and they wanted blues and zydeco. I just decided to bring both of them together.”

The festival will feature blues singer Adrian Bagher and zydeco artist J Paul Jr. Each artist will perform a set.

“They are pumped because they are cool with each other but never did a show together,” Foreman said. “This is their first time doing a show together.”

Foreman hosted a father’s day bash in 2019, which he intended to make an annual even before the pandemic struck.

Foreman used to be a part of a car club called Southeast Texas Riders and participated in several backpack giveaways for children going back to school.

“I think it is great for the area,” she said. “It gives people something to do. Noting really ever goes on in the city. People have to travel hours away to a different city or state just to have a good show… A lot of things that are thrown around here are in nightclubs or nighttime atmosphere. A lot of the older people don’t like to mix with the younger crowd or the genre of music that would be played. When you mention zydeco and blues, that is something more their speed.”

The festival will also honor the late Go DJ Big Tyma, who recently died. He was scheduled to be at the festival, Toryn Foreman said.

“He was a real icon in the DJ world,” he said. “Everyone knew him. We are going to make this show in loving memory of him, too.”