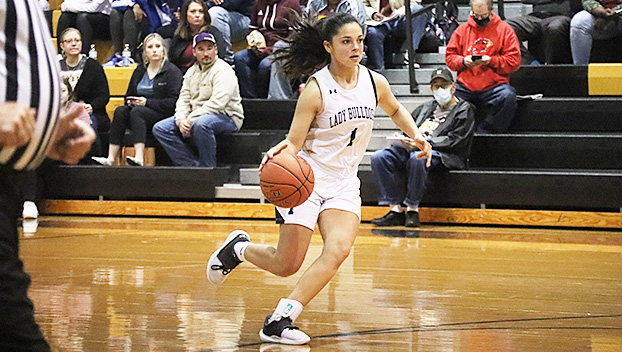 NEDERLAND — Despite a double-digit defeat in the Dog Dome, Nederland Head Coach Jody Walker said he was proud of the way his team played against Barbers Hill on Tuesday night.

The Bulldogs fell 56-25 to the Eagles as shots for Nederland refused to go into the hoop.

Nederland kept the game close in the first quarter, which ended 12-7 in favor of Barbers Hill. The Eagles poured it on in the second quarter as the Bulldogs slipped into a drought. 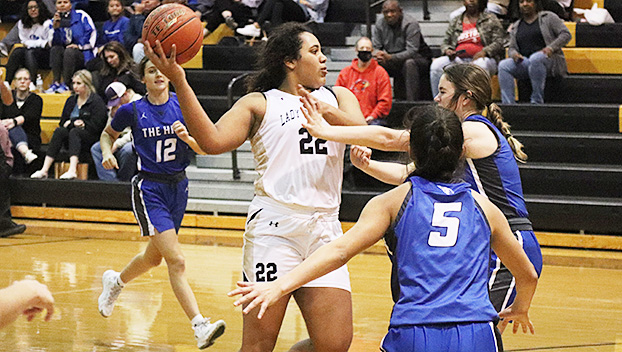 Barbers Hill started the quarter on a 14-0 run before the Bulldogs scored their first points with 1:25 left in the half.

The teams went into the locker room with the score 28-11.

“The ball wasn’t going in for us,” Walker said.

“We got the shots we wanted. We just had a hard time putting it in tonight. Unfortunately, that happens sometimes. It’s about shots they made and shots we missed. Like I told the girls, it doesn’t take long to get to 10 points.” 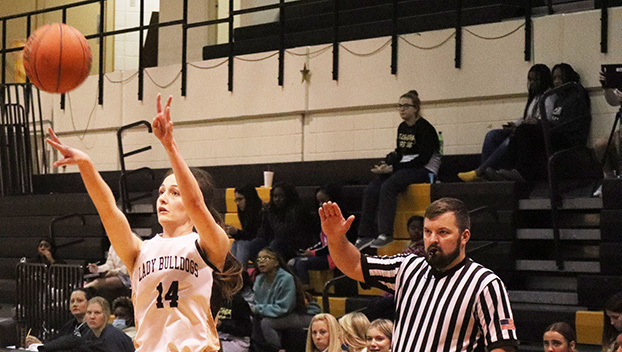 Nederland played better in the second, led by point guard Ava Wiltz’s eight points. She finished the game with a team-high 13.

Walker said he was most proud of how his team battled in the paint with a noticeable size disparity between the two teams.

“That is one thing about our girls; they have grit,” he said. “They are scrappy. I coach them just like they are my football team. We know we are going to be undersized. The only chance we have is to out work them. I am proud them. The score doesn’t really dictate how hard kids play at times.”