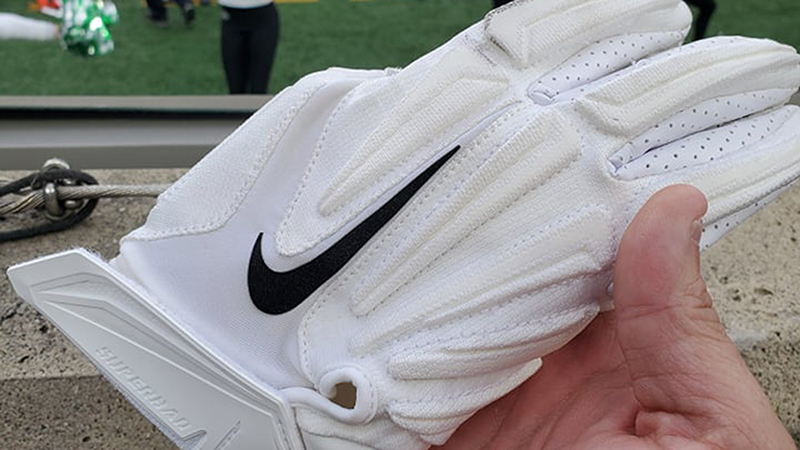 Antonio Brown's glove that was tossed towards spectators. (Courtesy photo)

When Port Neches native Mark McKee attended the Tampa Bay Buccaneers game in New Jersey, he did not expect to leave with a souvenir from one of the most bizarre moments of the entire NFL season.

During the second half of the Buccaneers’ comeback win over the Jets, wide receiver Antonio Brown tossed his pads and jersey on the sideline and began heading towards the tunnel.

On his way to the tunnel, Brown took off his undershirt and threw it into the crowd and hurled his gloves in the same direction. 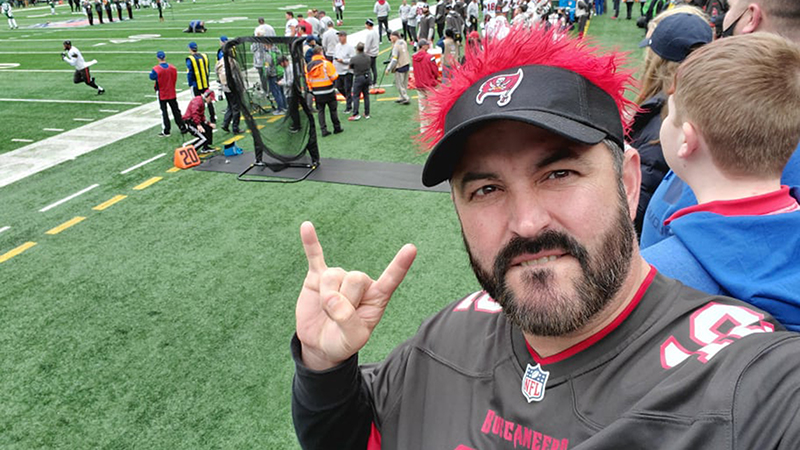 As the scene unfolded on the sideline, McKee said he was locked in on the game.

“We were still down. The Bucs were down and we had the ball,” he said. “It was second or third down. My attention was on that. I am on the front row at the 10-yard line on the Bucs’ side. All of the sudden, we see someone emerge from a group of people. We were like, ‘is that a football player that has their jersey off? Wait, is that Antonio Brown?’ Everyone is shocked by it.”

When Brown threw his glove, it hit the padded wall in front of McKee.

“We were so shocked, nobody really reached out for it,” he said. “It hit the wall and came down. I talked to a security guard and told him to grab that. He tossed it up. It was so bizarre. We just sat there with our jaws dropped.”

Because he was at the game, McKee did not find out what prompted the outburst until after he got home.

Several reports indicate Brown, who has a history of spoiling relationships with teams, refused to check into the game due to an ankle injury. Coaches reportedly told Brown to leave the field if he was not going to go in.

After the game, McKee posted a picture of the glove on a Tampa Bay Facebook fan page. The post was an instant hit, prompting several media requests for interviews and fans to reach out to inquire about the glove. 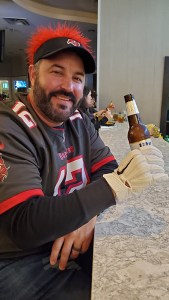 McKee, who has been a Tampa Bay fan for about 25 years, said he fell in love with the team when Warren Sapp, Derrick Brooks and John Lynch were playing.

“I played defense,” he said. “I played baseball and football for PNG. A lot of people in the area know the football program. I played defense and was really close with my team. I was born and raised a Cowboys fan. I liked the Houston Oilers, too. Playing defense, I started to recognize guys… They also had Mike Alstott. The A-Train. That was when Tony Dungy was the head coach. I followed that team. I have been with them over the years through thick and thin. There have been some thin ones.”

McKee said he had went to the game against New Orleans a few weeks back, but the loss to the Saints needed to be redeemed. Having some vacation time to burn at the end of the year, he opted to head out to New Jersey. He had intended to go with his brother and friend, who had last-minute complications. 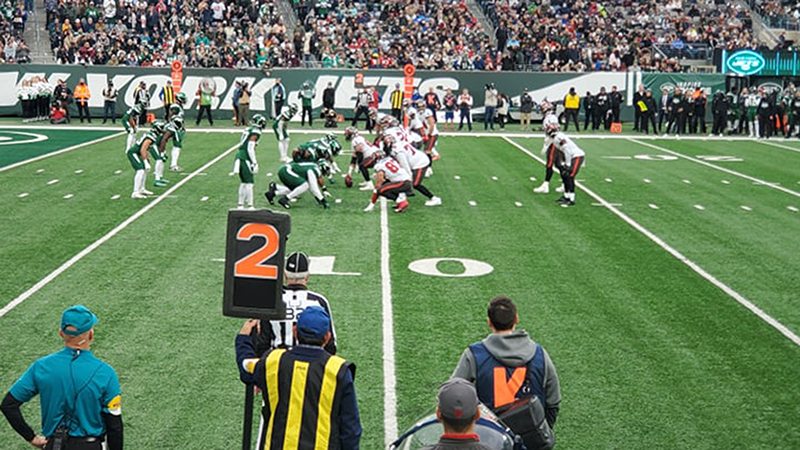 Mark McKee has been a Tampa Bay fan for 25 years. (Courtesy photo)

“I was rolling solo,” he said. “I enjoy stuff like that and I was front row, front and center.”

While Brown has burned bridges for fans of his previous teams, McKee said he choses to remember the good from his time in Tampa Bay.

“We already had a pretty good receiving corps and we made room for him, which is awesome,” he said. “He is a talented guy. He may need some intervention between the ears, which was made apparent. He was an electric player and was on that roster and helped the Bucs get to a Super Bowl and win it. It was a tear-jerking moment when we won the Super Bowl and he was a part of that.”

Those who would like the glove for their sports memorabilia collection will soon have a shot. McKee said he plans to have the glove auctioned through a third party.

“I haven’t finalized it yet,” he said. “Because of the fact I am a business man and have other stuff going on, I will have a professional handle it. I am going to have a consignment auction house handle that. They will promote it and auction it. I think the prospective dates are Jan. 29 through Feb. 12. The company is Lelands in New Jersey.”

McKee said he is a really big Bucs fan but said he believes there are some bigger Antonio Brown fans that would love to have it.