Mayor: Port Arthur officer who gave money to child with stolen wallet “will be blessed” 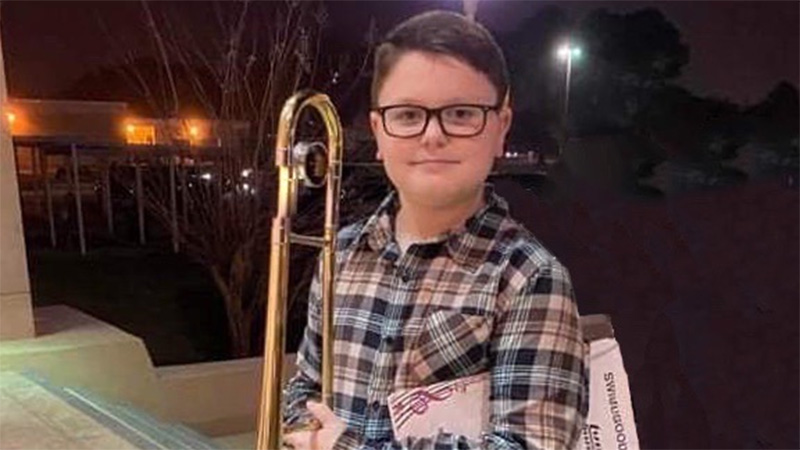 An officer who took cash from his own pocket to replace money stolen from a child that was Christmas shopping is gaining praise for his actions.

Port Arthur Police Officer Brian Broussard, a veteran officer with more than 20 years on the job and who has served as a field training officer, is the lawman at the heart of the story.

Duriso said it is not rare for an officer to step up and help others.

“You’d be surprised how many times officers do it, but it’s just not highlighted,” he said.

Broussard’s tale came to light when a Mid County mom posted on social media, praising the officer for helping her 11-year-old son after his Christmas money was stolen at Walmart on U.S. 69.

Jessica Foster told Port Arthur Newsmedia that her son, Luke Blount, and his grandmother were shopping so her child could buy presents for his family. However, when the boy wasn’t looking, his Spider-Man wallet with $80 in it was stolen.

Police were called, but since the amount stolen was less than $100, there wasn’t much that could be done, Foster said.

That’s when Broussard gave the boy $80 out of his own pocket and said “Merry Christmas.”

“I felt it was really generous that he just gave me $80,” Blount said. “I was frozen there because I was so touched.”

With the money back in hand, Blount bought Christmas presents for his family.

Port Arthur Mayor Thurman Bartie said what the officer did was an honorable and Christian gesture at a time of giving.

Bartie agrees with Duriso that this act of kindness is indicative of the commitment of officers to the community and shows the type of public servants Port Arthur has.

I know he will be blessed for making that commitment like that. This gives even more credence to a public servant wanting to serve.”

Want another reason to smile? This might do the trick.