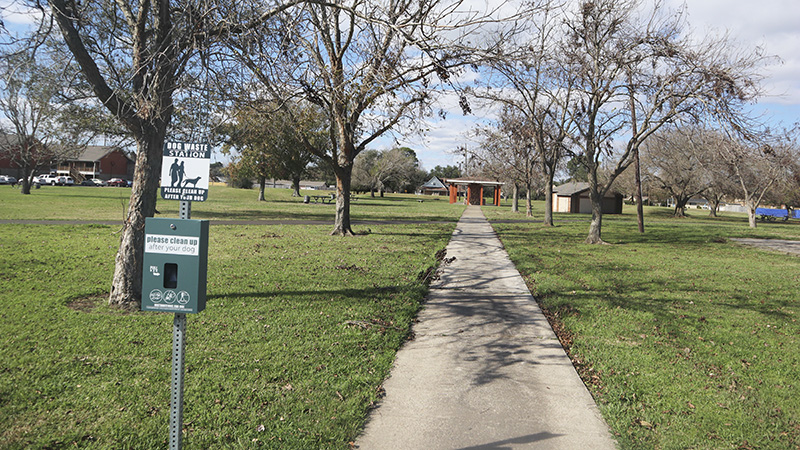 John Spikes, who worked for the city for 15 years, died in September from complications from COVID-19, Groves City Manager D.E. Sosa said.

“John Spikes was our head mechanic and our mechanic over maintenance,” Sosa said. “I was in the process of talking to a local tree guy and told him that I wanted to get a tree planted in the park in memory of John and the great guy he was. He told me just to name the park after him and I thought that was a great idea.”

Sosa said the park, which is located behind the recreation center on West Washington Boulevard, was one of Spike’s favorites.

“I proposed it to the council and got it authorized to do that,” Sosa said. “We are looking at signs right now and trying to decide. We hope to have something up in a couple of weeks to commemorate his life and what a good guy he was.” 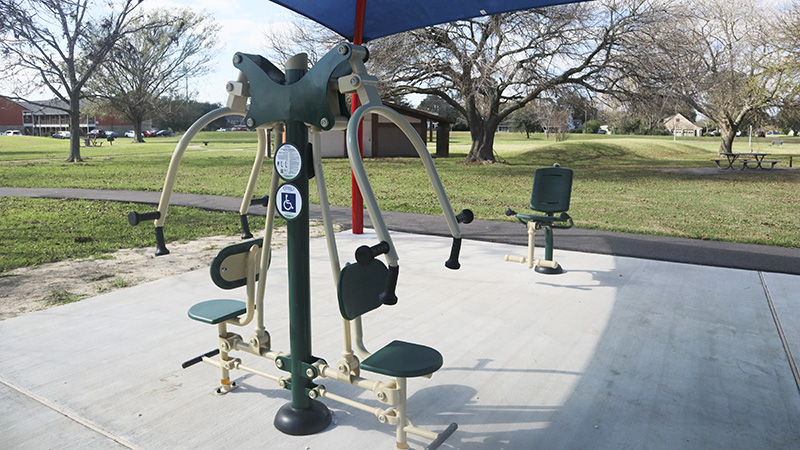 The park is located behind the recreation center on West Washington Boulevard. (Chris Moore/The News)

“He was a conscientious, solid guy with common sense,” Sosa said. “He could fix anything. It was such a great loss. He was so young as far as I am concerned. Just a great guy.”

According to his obituary, Spikes was born in Port Arthur in 1956 and lived in the area his entire life. He worked for Buckner Rental Service for seven years and then worked for the City of Groves as a supervisor for 15 years.

“He enjoyed racing dirt cars and riding his motorcycles…but most of all, spending time with family and friends,” the obituary reads. “John was a humble man that was generous, kind and loving. He took pride in his work and always made sure things were done right. He worked hard and with dedication. John loved everyone and wanted everyone to be happy.”

The council awarded a bid to Texas pride utilities for infrastructure improvements to a sewer line behind Lincoln Avenue.

“The old sewer line was put there in the 50s,” Sosa said. “It was a private line before we had water and sewer departments and development. The thing has deteriorated over the years. It needs to be replaced for the businesses over there.”

The city was granted $1.9 million for infrastructure improvements.

“The property owners are giving us some easements and the line is not going to be a private line anymore,” Sosa said. “It will be public.”

Sosa said he anticipates the project to be complete this month if everything goes accordingly.

The city is also working with developers to improve Hitt Street with the intentions of making it more attractive to development.

“We put in new sewer,” Sosa said. “We put in new drainage so that it can be individual lots. Instead of one big lot, it is five smaller lots. They are all going to be developed.”

The next council meeting is scheduled for at 5 p.m. Jan. 17.

Port Neches-Groves soccer counting on experience despite loss of…