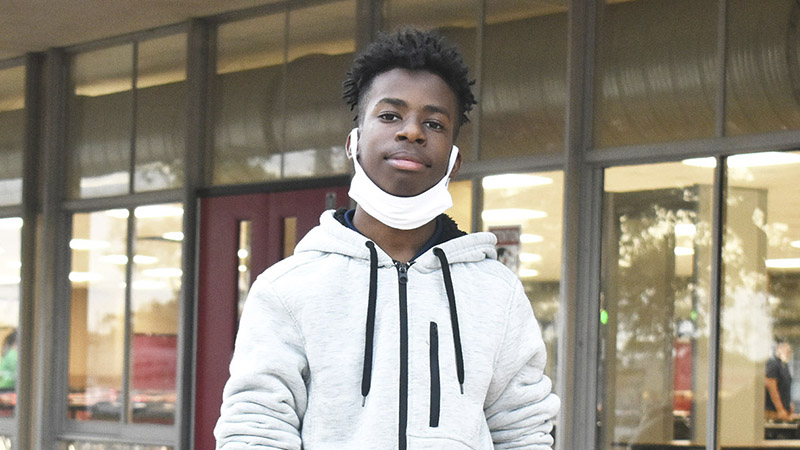 Robert Armstrong, an eighth grade student at Thomas Jefferson Middle School, stops for a photo during a meeting of the school’s Junior Sailors Club in December. (Mary Meaux/The News)

The eighth grader is doing well in academics and is strong in the subject of science, which fits with his goals.

“He is strong in all science areas we have covered but his strongest and seemingly most enjoyable area in science was learning about the stars and space,” eighth grade science teacher Bonnie Brock said. “He is an absolute joy to have in class.” 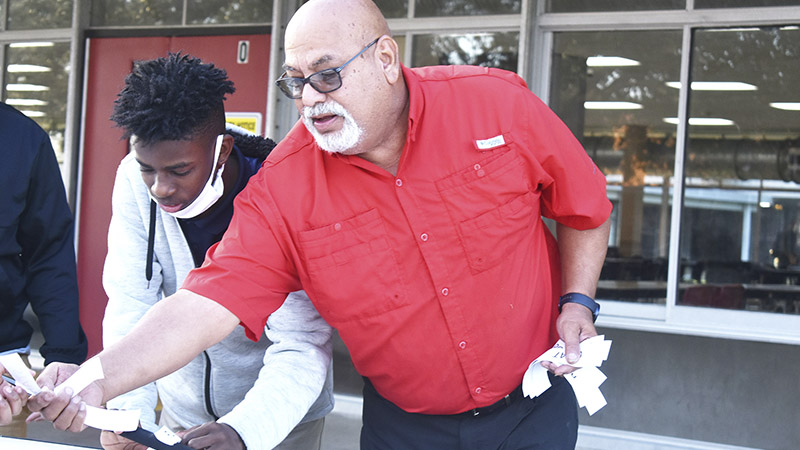 Brock also called him very kind and respectful and said Armstrong works well independently and with others.

Armstrong is involved in several organizations, including the Junior Sailors of TJMS and Titan Men on the Rise.

Armstrong joined the club to learn new opportunities that will open doors. Becoming a professional sailor will help him get into college, he added.

His mother, Adriana Drake, said the club is amazing.

“He really took a good interest in this organization,” Drake said. “He comes home and tells me about it and he stays after school for it.”

Drake said her son also comes home and does research on sailing, further showing his interest.

“And Rob is taking an interest in joining a military branch so this is good opportunity to learn the water,” she said.

Titan Men on the Rise, the other organization Armstrong is part of, is in its third year of existence.

The club began with 52 students who received mentoring from founders Mileke Russaw and Ferrell Hurt, according to the group’s Facebook page.

The club has continued to grow even during the pandemic and now has more than 220 members from Port Arthur and local cities.

There are now 10 mentors.

School leaders said the path Armstrong is walking is filled with opportunities for a successful future.