Nederland’s Sydney Nelson goes up for a layup against Buna. (Chris Moore/The News)

Basketball district play ramps back up this week as local teams try to shake off the rust built up over the holiday break.

Nederland, Memorial and Port Neches-Groves girls teams all return to action for District 21-5A contests.

Nederland is coming off a third-place finish in the West Orange-Stark tournament last week. Head Coach Jody Walker said he is proud of the way his team performed given he could only play seven players .

“The team played hard,” he said. “We had girls that were out for the holidays and, unfortunately, we had a little surge of the virus. I had a few girls that was battling COVID.”

Walker will have a better assessment of who all will return to play when he sees his team Wednesday when classes resume.

“I always feel refreshed coming off of a break,” he said. “I am just curious to see how the rest of district is going to play out.”

The dearth of players allowed those who usually don’t get much playing time a chance to show what they can do, Walker said.

“Sydney Nelson played awesome,” Walker said. “All of her games were big. She averaged a double-double for the tournament.”

The Bulldogs do not return to action until Friday. 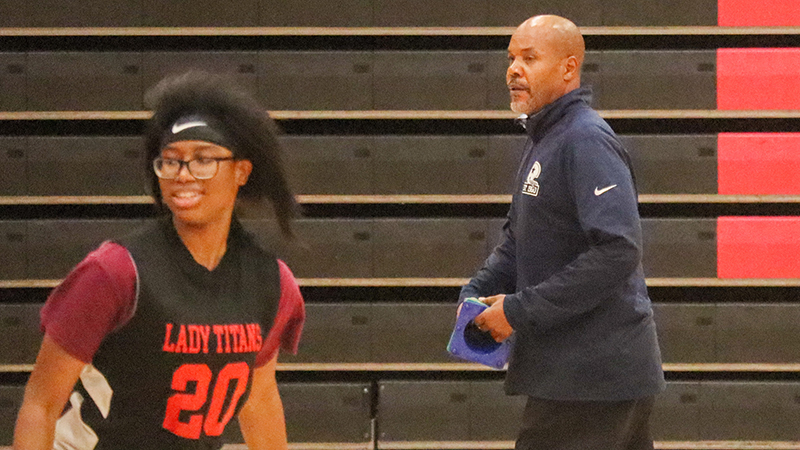 For Memorial, Head Coach Kevin Henry said the break allowed his team to gain momentum with a win over CE King.

“It felt good to get a win,” he said. “We played Barbers Hill pretty close before Christmas. We hope to continue that.”

Henry said the game against King allowed his players to stay fresh over the break but he anticipates it will take a little more time to get back on track.

“I am looking for us to go out and execute,” he said. “We need to improve more on our shot selection. I want them to play hard. I know they are still trying to get their legs back under them. It will probably take another week to get back to where we want them. I want them to go out and compete to the best of their abilities.”

Over the break, PNG played in a tournament at East Chambers. Two Indians walked away with All-tournament honors.

Forward Kyleigh Bushnell and point guard Emerey Riley were named to the all-tournament team. Bushnell started the tournament hot, leading the Indians in scoring in their first game. Riley has been tasked with setting up the offense all season.

Nederland travels to Beaumont United Friday for a 7 p.m. tipoff.

Memorial and PNG return to action Tuesday with games against Galena Park and BU, respectively.

Memorial will not play again until Jan. 11, while PNG travels to Barbers Hill Friday.