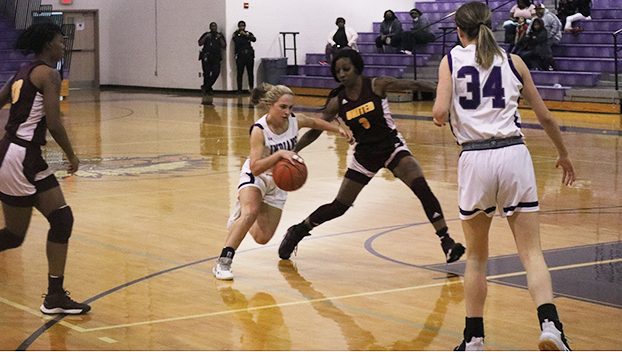 Point guard Emerey Riley drives by a defender in the second half against Beaumont United. (Chris Moore/The News)

Anderson finished the game with 26 points on four 3s. 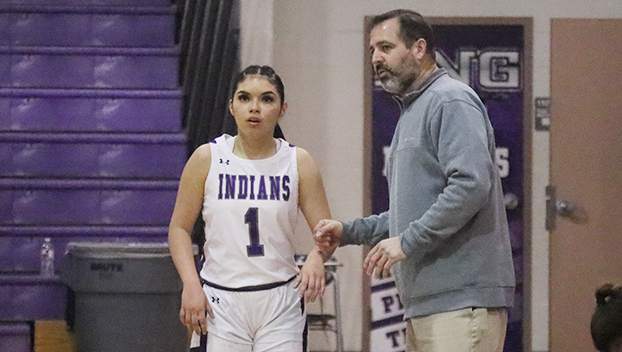 “She is a really good player,” PNG Head Coach Lance Robertson. “Hats off to Beaumont United. They have a lot of great players. We give them outside shots because you have to give something.”

The Indians only scored one point in the second quarter, making the halftime score 42-11 in favor of Beaumont United.

After the game, point guard Emery Riley said she liked the energy with which her team plays.

“We are working as a team and getting to know each other more as friends and not just teammates,” she said.

“I think as the season goes on, we will be better together. Even if the outcomes aren’t great, we’ll still lose as a team rather than individuals.” 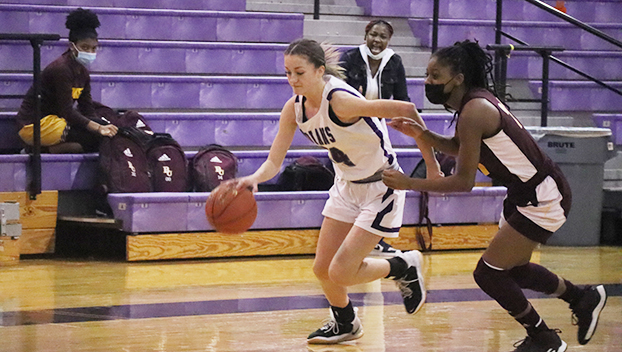 Riley finished the game with a team-high 12 points.

“I think they played with great energy and effort,” Robertson said. “They did a great job. I thought we did okay on the boards but you do what you can.”

PNG goes on the road to Barbers Hill Friday with a tipoff at 7 p.m. in Mont Belvieu.