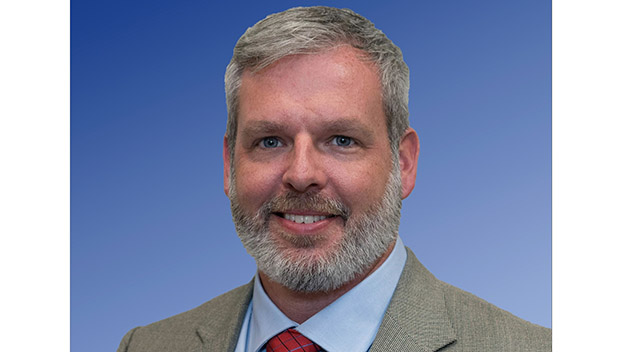 Chad Gary announced that he is a candidate for Texas House of Representatives as an Independent for District 22.

“Today, January 1st, 2022 I am formally announcing that I am running to represent District 22 and the citizens of Jefferson County in the Texas House of Representatives. I feel like it is my calling to try and positively impact my community in the greatest way possible. With your help, I will continue to do so as your representative in Austin,” Gary announced in a press statement.

The rest of his announcement reads:

“I am here to serve and will fight for the best support in education for our children, for the best quality and access to affordable healthcare, for policy that stimulates economic development and creates jobs, for solutions to environmental challenges unique to our area, just to name a few. As an Independent, I realize that I forfeit the benefit of having the automatic support of voters from either of the two major parties. I also recognize that District 22 is a majority-minority district and that some may be apprehensive about voting for a candidate who is not an ethnic minority.

“I can only attempt to ease this concern by saying that I have an easily verifiable history of supporting and advocating for civil rights initiatives in Jefferson County and championing for equality for every man, woman, and child, regardless of color, class, religion, or sexual identity. I will not change who I am if I am elected. I will work with Republicans, Democrats, Libertarians, Independents, or people affiliated with any other political party to come up with solutions to the core issues that plague our community and limit our potential. I will work to identify and develop leaders among us who I feel are capable of setting a positive example for our youth and inspiring them to achieve great things. I will fight for what is right and just for all people. Together, we can make a difference, and we will.”

According to Gary’s campaign, he was born in Port Arthur and is a fourth generation Southeast Texan. His family moved to Port Arthur from Louisiana in pursuit of new opportunities in industry.

He attended grade school in Port Acres before moving to Nederland and later, Port Neches. After graduating from PNG in 1997, he enrolled at Texas A&M University. He graduated with a degree in Bio-Medical Science, with an original plan to pursue a career as an orthopedic surgeon.

While at A&M, Gary walked on to the football team and played two seasons. He had the honor of being chosen as the 12th Man in his second year but an injury ended his college playing career early.

Upon graduation, Gary worked an orthopedic bracing consultant. He became an exclusive distributor for a sports medicine and rehabilitation company, covering the Greater Houston and Beaumont areas.

Gary said today he is a full time entrepreneur working as a small business consultant and operating his own service based companies. He has an 8-year-old daughter, Olivia.

“I have always set my sights on things that many have felt were out of reach for me. I have been motivated by people thinking I wasn’t capable of doing something and proving to them, and most importantly, to myself, that I am,” he said.

“I am innately driven to succeed and have been in relentless pursuit of improving the lives of those around me for most of my professional life. I am excited and grateful for the opportunity to be the voice for the citizens of Jefferson County and District 22 in Austin. If we work together and put partisanship aside, we can accomplish great things. I’m going to prove this day in and day out.”