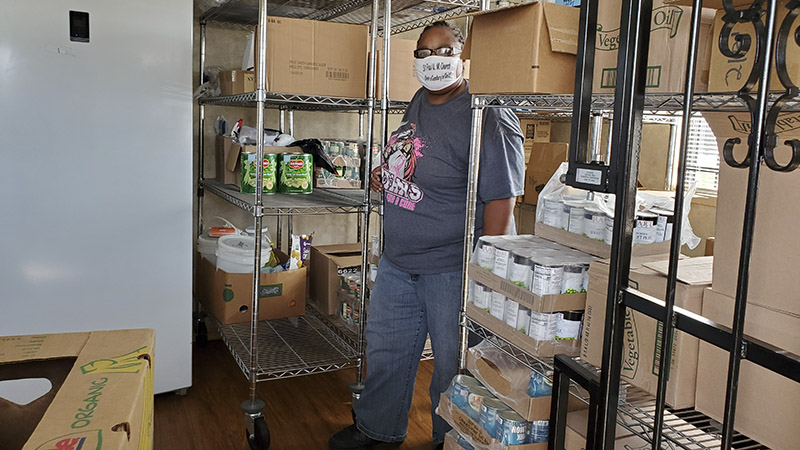 For Wren Loyd, feeding those in need is two-fold.

Loyd is part of the West Side church’s Feeding Program that provides a meal on the third Saturday of the month and a food pantry that operates from 11 a.m. to 1 p.m. on the second and fourth Saturdays of the month. 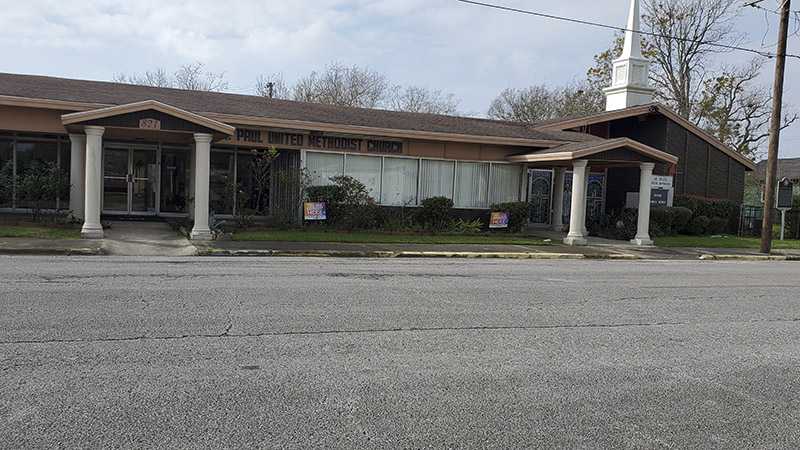 The Feeding Program is going into is 25th year in 2022. It got its start with feeding the church’s sick or shut in members and grew outside the church through word of mouth.

What began with 10 members of the church using their own pocket money to fund the program soon grew. Doris Hayes was director of the program from 1997 to 2001 but had to give up the position when her husband was diagnosed with cancer. From there Shirley Drake, a fellow church member, took over.

And now Wren Loyd, Drake’s daughter, is doing her part to feed those in need.

“We are a family oriented church,” Hayes said of St. Paul UMC, 821 Texas Ave. “Wren worked faithfully with her mother and when her mother passed Wren kept the banner going.”

The city’s West Side is a virtual food desert. There are no major grocery stores within that area. And for some there are no means to get food. None are turned away, Hayes said.

Cheer boxes, or boxes with food to help hold a person over, are available as well as the monthly meal. A small building donated to the Feeding Program sits across the street from the church. It’s named the Nanny Dixon Pantry after the late Willie Mae Dixon, a church member.

On average the church may see 20 people receiving food on the second Saturday of the month. That could translate into 50 to 150 people total being served as it goes according to family size. Sometimes there are multiple families in one house.

Several weeks ago the church was one of 13 local nonprofits who were recipients of the inaugural Port Arthur News Season of Giving powered by Port Arthur LNG.

For this they women were grateful.

Hayes said they do what they can with what they have and the $2,000 will definitely help the program.

“We were elated,” she said describing her feeling upon learning the church was a recipient. “We’ve been on that corner and we’ve been growing the ministry. The United Methodist Church is big on ministry and just being able to receive the additional funds we know the work we’re doing is not in vain. It gives you even more reason to do more.”