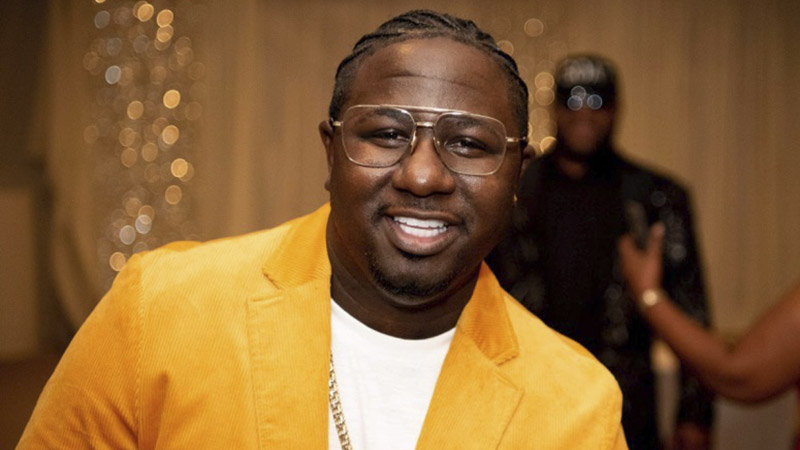 A Port Arthur native and Lafayette musician garnered a top prize just a few weeks ago.

Audrin Windon, who goes by the stage name Audio-Yo, was named Southern Soul Male Artist of the Year by Zydeco Blues and Trail Riders. He was presented his award Dec. 4 in a ceremony held at the University of Houston.

He was even chosen to perform the Cupid Shuffle in a tribute to Cupid, also known as Bryson Bernard, at the awards ceremony. 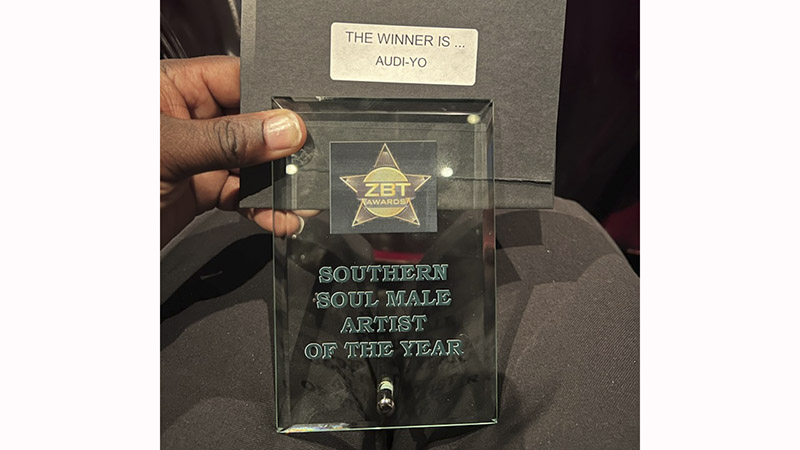 Audrin Windon, who goes by Audio-Yo, was named Southern Soul Male Artist of the Year by Zydeco Blues and Trail Riders on Dec. 4. (Courtesy photo)

A 2004 graduate of Memorial High School, Audio-Yo sang in the choir and after graduation began making decisions to start focusing on the music, he said.

The video for his song “Who You Are” was shot in Atlanta, Georgia, with some help from Port Arthur native Hilton Kelley and has done well, he said. His smooth vocals bring a soul flair to the track.

And “Can’t Nobody” featuring Tucka has more than 552,000 views on YouTube.

Audi-Yo said his songs are doing well on the charts in Canada and Africa, as well.

But the musician didn’t get to this place overnight.

“I had a lot of practice, countless hours of vocal lessons and practice,” he said. “I sang in middle school and was All-region, and in high school as well. I come from a church background, Zion Hill Baptist Church, and that’s what helped me.”

Audi-Yo’s music gets played in Houston as well.

But with a busy year ahead of him, he looks forward to coming back home.

“I can’t wait to come back home and do a concert now that I have my own day,” he said.

The proclamation talks of Audio-Yo being nominated for awards n Mississippi, Texas, Alabama, Pennsylvania, Africa and the United Kingdom. He has headlines with musical icons Lyfe Jennings, Avery Sunshine, Avant, Doug E. Fresh, Will Downing and a host of other artists.

Bartie said he has watched the young man from his formative years grow into a performer.

“His musical abilities, I think, are a gift from God,” Bartie said, adding Audio-Yo’s mother was a singer. “I would say he actually inherited his abilities from his mom.”

He nurtured his talent, dedicated himself to that fine art and has been blessed to be recognized by winning those awards, according to Bartie.

“It just shows some great things come out of Port Arthur and some great people,” the mayor said.

Audi-Yo is booked up for about half of 2022. In Jan. 29 he will perform in Montgomery, Alabama, with other artists; and in June he will be in Punta Cana, Dominican Republic for the Southern Soul Getaway with a number of other artists.

In addition he has two albums currently streaming.

He has his own record label Yo Turn Music Group and is signed to Southern Soul Movement.

You can find Audio-Yo on most social media platforms.