PHOTOS: Late surge not enough for Titans in semifinal of Gamble Classic 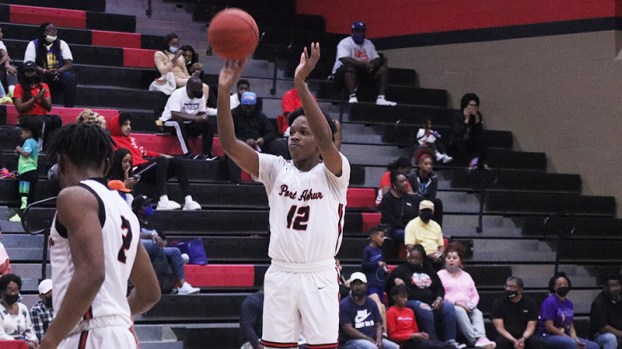 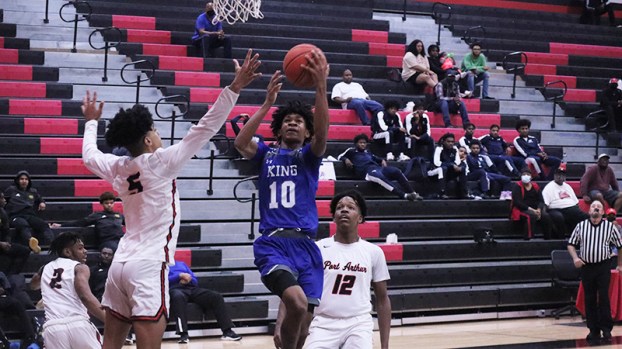 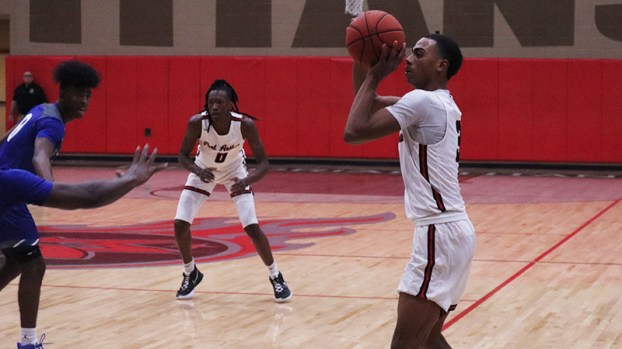 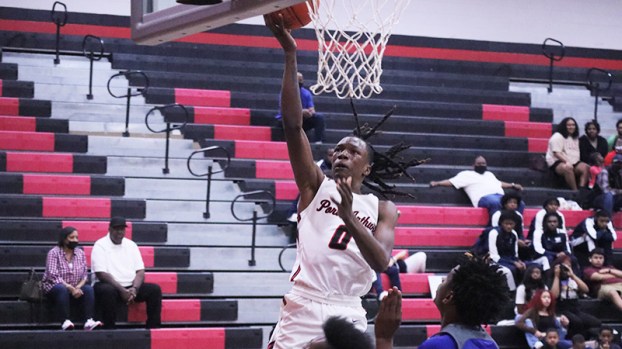 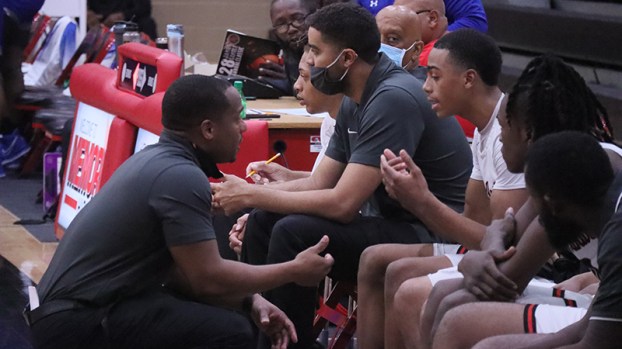 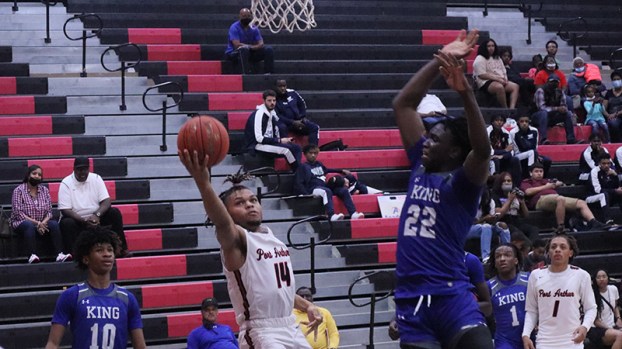 Memorial’s Reggie Green drives for a layup during a game against CE King. (Chris Moore/The News)

A late comeback came up short for the Memorial Titans as they fell 53-51 to CE King in the James Gamble Classic semifinal Wednesday.

After being down as many as 14 points in the second half, the Titans chipped away at the lead with good defense and hustle. With just over two minutes left in the game, the Titans were down 47-40 and managed to force some bad shots and knock down a few clutch jumpers to bring the score within two as time expired.

“We competed,” Memorial Head Coach Alden Lewis said. “We competed throughout the game. We had some down time, but we competed and came up short towards the end.”

The Titans outscored CE King 24-14 in the fourth quarter.

“We did pretty good,” Casmore said. “We could’ve fought harder at the beginning. We just got started late. We have to get started faster. We just listened to what our coach told us in the huddle and kept playing to the end.”

Lewis said Casmore has been the team’s best shooter this year.

“He shoots well,” Lewis said. “We tell him any chance he gets to put it up. He has a quick release and puts in the work. He puts up 500 shots every day. Anytime you do that, it is going to carry over into the game.”

The junior said he does everything he can to stay ready for the ball to come his way.

“I am a shooter,” he said. “I shoot my open shots when I can. I know the ball is coming sometimes. When coach calls my number, I am ready.”

Memorial beat Aldine in the first round of tournament play Tuesday 69-39. Free throw shooting was the biggest difference, as the Titans outshot Aldine 55-7 percent from the charity stripe.

Lewis and the Titans competed in a third-place game late Wednesday. The coach said he hopes the lessons learned in the tournament help push Memorial as district play starts back up next week.

The Titans lost the opening game of district play to Barbers Hill before the holiday break. Memorial returns to action next week when they host Galena Park Tuesday.