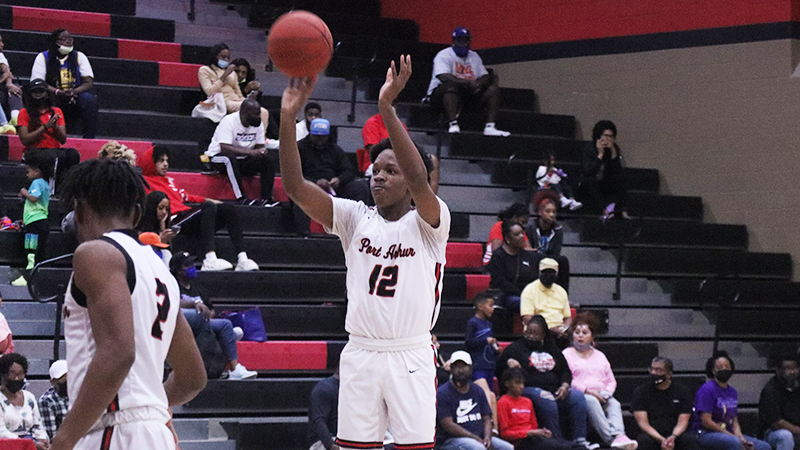 Memorial’s Jordan Casmore had the hot hand for the Titans during the week.

The Titans hosted the James Gamble Classic, and the Memorial sharpshooter showed out in front of the home crowd as he led the team in scoring.

Casmore scored 14 points in the Titans’ warm-up game. The junior also dropped another 14 points against CE King in the semifinal.

In both contests, Casmore drained four 3s, including two in the fourth quarter of an electric finish in the semifinal.

Despite outscoring King 24-14 in the fourth quarter, the Titans came up short 53-51.

Memorial Head Coach Alden Lewis said Casmore has been the team’s best shooter all season and always has a green light to fire away.