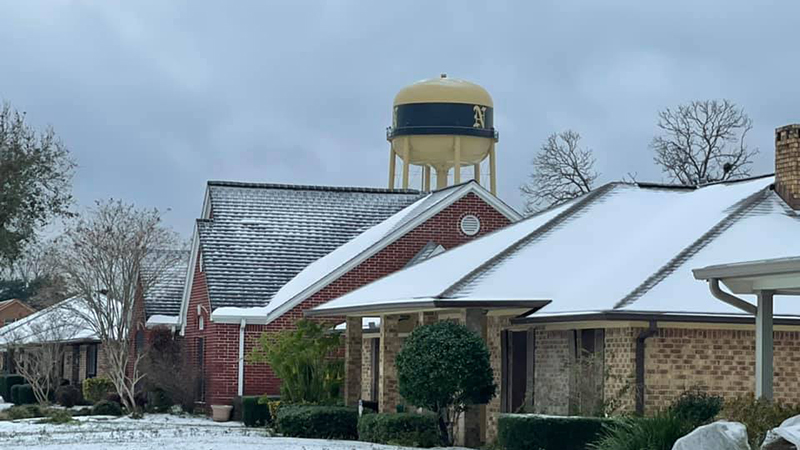 While Christmas certainly was not a winter wonderland, those wishing for a nip at their nose are about to get happy start to 2022.

“New Years Eve and New Years Day as well — it’s going to pretty much the status quo,” said Stephen Carboni, meteorologist with the National Weather Service in Lake Charles. “But as early as Friday, most people will have a sense that something is on the way because the winds will get gusty.”

While there is a little uncertainty on the timing, he added, a strong cold front will begin making its way into the area Saturday evening or Sunday morning.

And while Saturday will still be in the upper 70s to 80s, Sunday’s high should be in the mid-50s.

And nights will drop to the 30s.

The Farmer’s Almanac, which predicted the February freeze, says Texas will experience similar weather in 2022.

“For our friends in the Southern Great Plains, including Texas and Oklahoma, we are sorry to report that late January may bring some potentially frigid and flaky weather like you experienced last year,” the publication says in regards to it’s 2022 forecast. “Hopefully it won’t be as robust, but it doesn’t hurt to prepare.”

Carboni said while it’s too soon to tell what the winter will bring, it’s possible that temperatures could dip below freezing in the coming week.

“You’ll be hovering around 34-33 degrees so it really wouldn’t take much to knock y’all down to freezing,” he said.

For some it’ll be a much-wanted breaking from the unseasonably warm Christmas weather.

Carboni said in some areas, last week’s temperatures met or surpassed previous records — although only within the last few years.

The coming cold front will be short-lived, he said. But if cold weather is on your wish list, don’t let it deter you.

“Beyond this initial front, we will recover a little bit,” the meteorologist said. “But another could come through soon after and stay.”