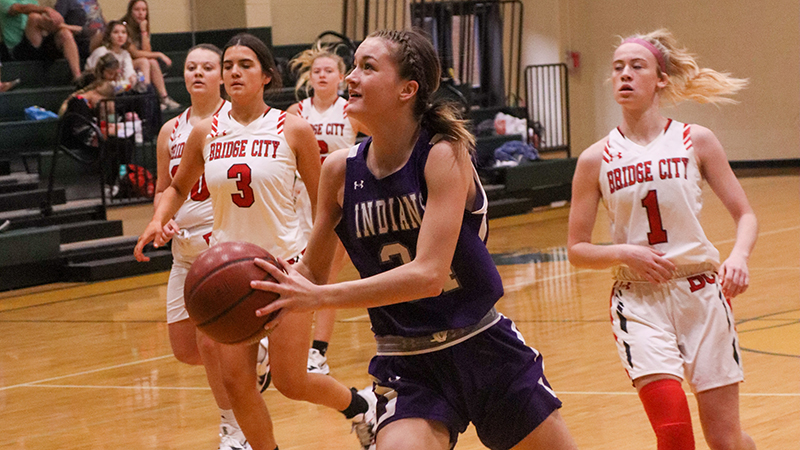 PNG's Kyleigh Bushnell drives to the basket during a game against Bridge City. (Chris Moore/The News)

WINNIE — On Sunday, Port Neches-Groves girls basketball coach Lance Robertson received a message from one of his junior players with a request.

“I got a text from Kyleigh Bushnell at about 2:20 (p.m.) asking if I could come open the gym,” Robterson said. “I opened the gym for her and she worked for about a good hour, while I sat there on my computer and did some of my work.”

Bushnell is working to pursue her dream of playing college basketball. 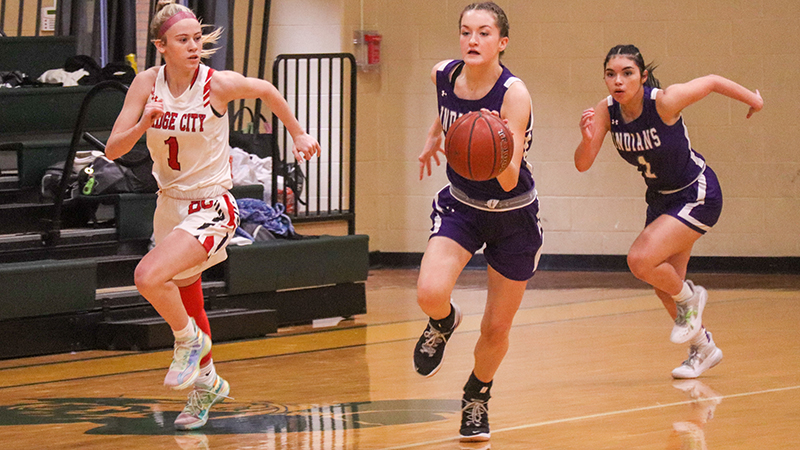 “I wanted to work warder for this break, so I practiced for a good two hours (Sunday),” she said. “I ran, practiced shots and dribbling.”

The hard work paid off Bushnell, who led her team with nine points in the opening game of the East Chambers Holiday Tournament.

PNG fell 54-31 to Bridge City, but Bushnell’s play provided optimism for a team that has struggled to score as of late. The Indians kept the game close for the majority of the first half. With 4:45 left in the second quarter, PNG converted an and-1 play to bring the Indians to within five points with the score 20-15, but an 8-3 run to close out the half made the deficit 28-18 at halftime.

The third quarter didn’t go much better for the Indians, who were outscored 19-7 to start the second half.

“We look like we just came off Christmas break,” Robertson said. “We missed a few layups. We dropped a few passes that we normally catch. The energy and effort was there, so I can’t fault them for that.”

Bridge City’s Morgan Louvier led all players with 19 points on the game.

The Indians have only scored more than 30 points three times this season. The head coach said the looks are there, but the shots are not going down.

“We had about eight layups and we missed about eight of them,” he said. “They get there. I can’t fault them for that. They attack the goal and that is the good thing. We just have to finish it.”

Bushnell said she wants the team to get better as a whole.

“I want to get better at shooting, communication and teamwork,” she said. “I want us to come together as a team and play as one.”

The Indians will play in the second day of the tournament Tuesday. The will take the court at 4 and 6:30 p.m. at the East Chambers campuses.