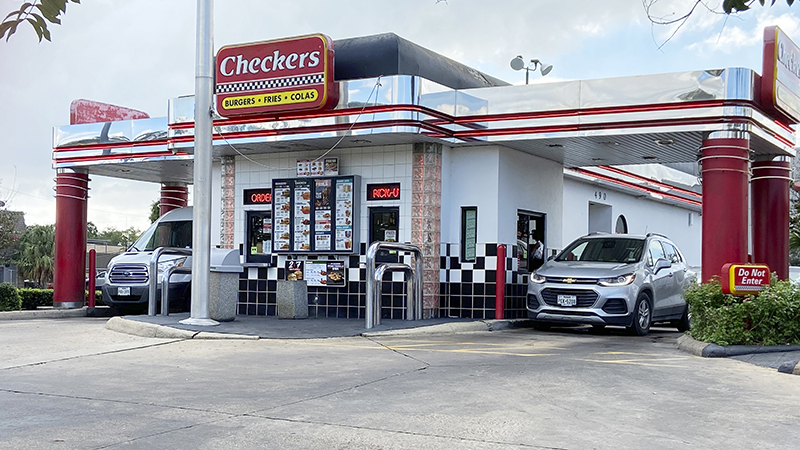 Motorists wait for their orders this week at Checkers, 490 N. 11th St. in Beaumont. Talks are underway for the fast food restaurant to open a similar location in Nederland. (Candace Hemelt/The News)

NEDERLAND — Nearly $400,000 in incentive packages were approved this week that should lead to construction starts for two well-known Nederland projects; however, timelines for launch remain murky.

In unanimous fashion and without discussion, the Nederland City Council approved a $300,000 incentive for Mid-County Plaza (Henry LaBrie’s Jack Brooks Regional Airport development) and a $94,000 incentive to Checkerboard Restaurants III (site of the old Villa Motel on Nederland Avenue).

The Mid-County Plaza vote is the final one needed, while the Checkerboard proposal must receive a second city council approval in January.

Both incentives were originally approved by the Nederland Economic Development Corporation and will be paid out after developers demonstrate sufficient investment and completion toward a finished project, EDC officials said. 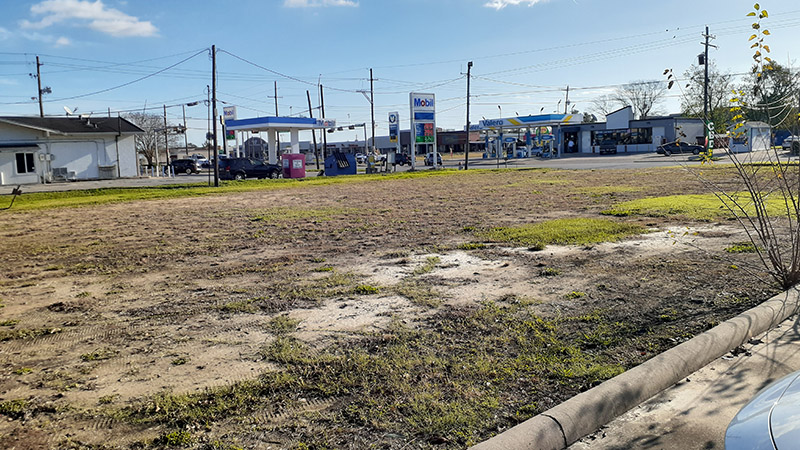 Checkers’ quest to acquire land in Mid County has been a year-plus project. In November, Nederland City Council members approved the sale of two alleyways (0.1168 acre of land adjacent of Lots 19 & 20, Block 23 Town of Nederland) for $1 to the Nederland EDC.

Executive Director Kay DeCuir said the land had to be packaged in the sale from the EDC to Checkers in order for the fast food restaurant to open on the Nederland Avenue site of the old Villa Motel.

This week, DeCuir said Checkers would close the deal in the New Year following a final survey, with construction to start in 2022. According to DeCuir, the EDC does not know which month or quarter Checkers plans to begin construction in 2022.

She previously told the Council work would move quickly due to the chain’s standardized building assembly method.

The city is going to maintain a 20-feet utility easement in the rear of property.

The Nederland EDC purchased the motel building and land it sits on for $300,000 in 2020 from ZBC Realty Specialists Trust and received city council approval to spend an additional $31,858 with Salenga Construction for demolition.

Another $12,875 was approved for asbestos abatement via Inland Environmental.

The location is approximately 14,000 square feet and is zoned commercial.

Checkers is a drive-through only fast food restaurant with dual ordering lanes. There are two locations operating in Beaumont — 4215 E. Lucas Dr. and 490 N. 11th St. — and none in Port Arthur or Mid County. 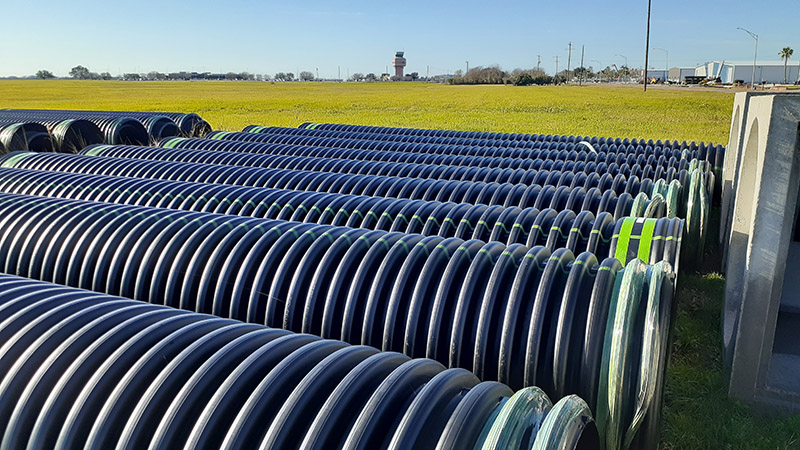 The tower of Jack Brooks Regional Airport is seen in the background of where land development is expected to take place in Nederland. (Stephen Hemelt/The News)

Henry LaBrie is waiting on a meeting with the county to finalize “the one and only last issue” before beginning serious construction on a 60,000-square-feet retail center, which would include five buildings totaling 12,000 square feet each in front of the Nederland airport.

Property manager Shayla Vincent told Port Arthur Newsmedia this week that the development already has some signed leases but the businesses can’t be named publicly yet due to confidentiality agreements.

“There has been a lot of interest from all different kinds of businesses, from restaurants, gyms, tea places, drive-through daiquiri places and hair salons,” Vincent said. “All kinds of people are calling in.”

DeCuir said the development is projected to cost $35.6 million and create 70 direct jobs and 15.5 part-time jobs. Should LaBrie meet the benchmarks listed above within a two-and-a-half-year timeline, he would receive $300,000 in incentives from the Nederland Economic Development Corporation.

A representative from LaBrie’s office told Port Arthur Newsmedia Thursday morning that the developer has yet to receive terms from the Nederland Economic Development Corporation in writing, adding previous specifics provided to the media by the EDC remain inaccurate.