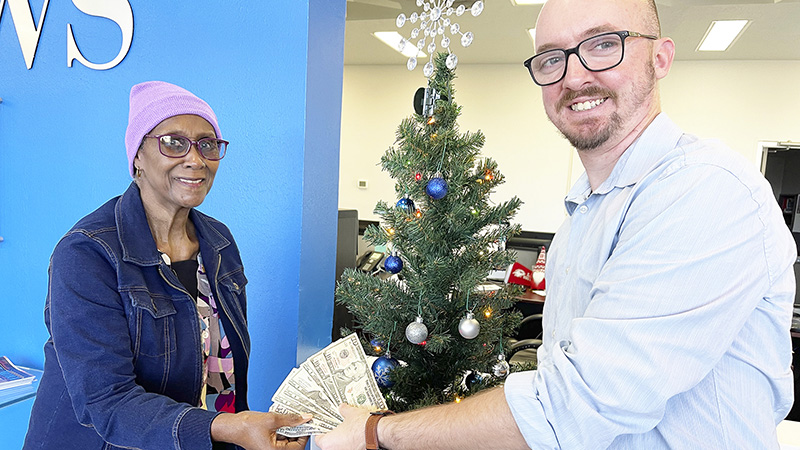 Dianne Martin, left, is the winner of the 2021 Holiday Cash Giveaway sponsored by The Port Arthur News. She is seen Tuesday receiving the $250 cash prize from sports editor Chris Moore. (Monique Batson/The News)

There were a lot of smiles exchanged this week at The Port Arthur News office on Memorial Boulevard as Christmas money was awarded to the winners of the 2021 Holiday Cash Giveaway.

Hundreds of participants totaled up the number over six pages and returned the entry forms The News office in an attempt to claim part of $350 in holiday cash. 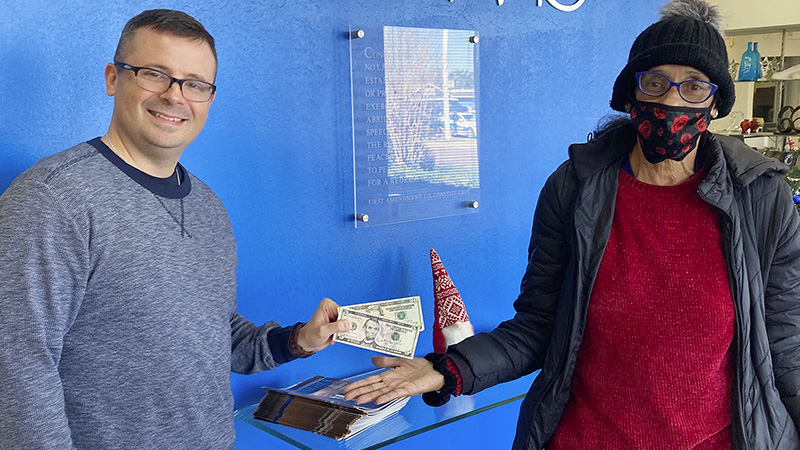 The eagle-eyed winners were contacted Tuesday, with Port Arthur’s Dianne Martin taking home the top spot with her correct tally of 65 turkeys. She won $250.

There was no limit on entries, but original newspaper copies were required.

The entry forms had to be returned to the Port Arthur News by Dec. 10.

Muriel Polk of Port Arthur won the $50 prize, and honorable mention winners are Mary Harris and Ruby Edgerly, each of Port Arthur.

Edgerly donated her prize to the ongoing Holly Days fundraiser. 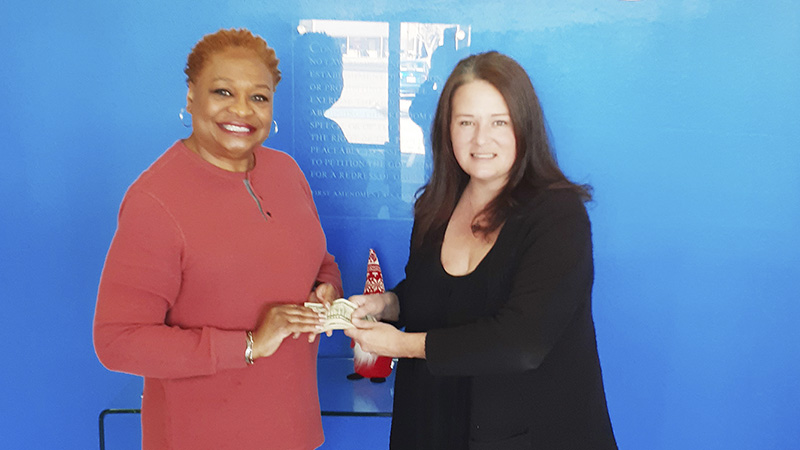