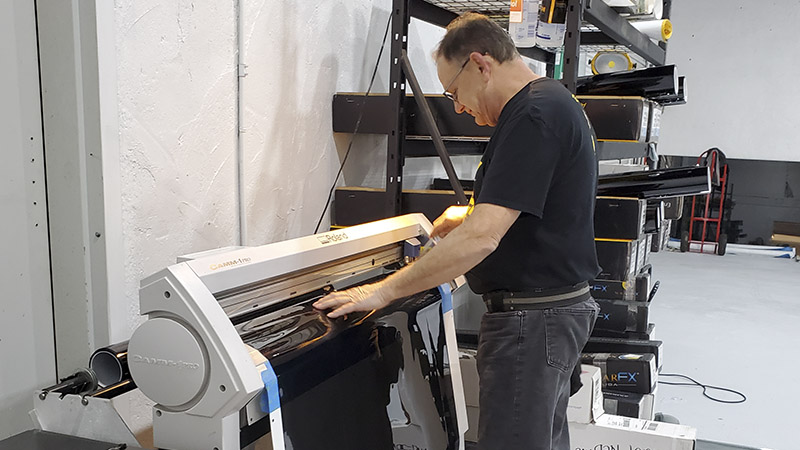 NEDERLAND — Inside the new location of Tint On Demand, owner Craig Champeaux was busy Tuesday with a plotter machine and a brand new Hyundai Sonata parked nearby.

With a special computer program, Champeaux was able to input the car’s info and soon the window tint film was unrolling out from the plotter.

Several steps later the veteran window tinter was using the tools of the trade on the newly purchased vehicle.

Tint On Demand moved to its new location at 704 Memorial Freeway in Nederland last week, Champeaux said. The business had been located on Nederland Avenue since 2012.

The move was necessary; he needed more space and has now started installing Paint Protecting Film, or PPF.

Champeaux hasn’t had a chance to get his large signage up yet, but the black and yellow banners heralding  “XPEL” are eye catching and informative and are the products he uses. 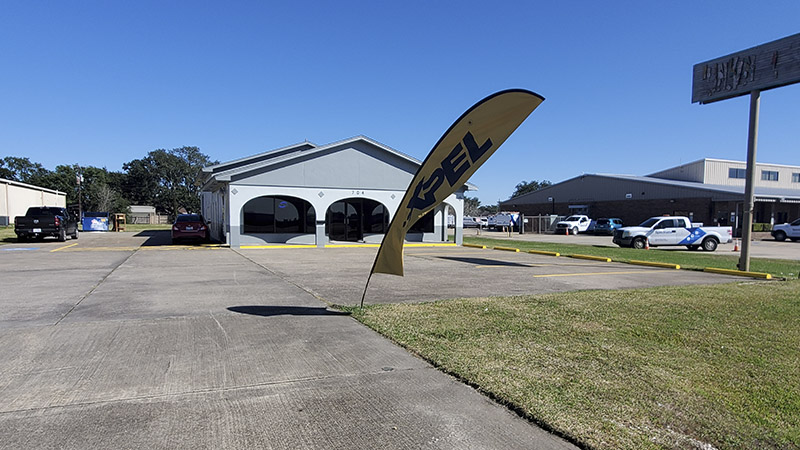 Champeaux is a Nederland native who has been doing window tint as a career since 1983. He worked for several other businesses, had a stint in Florida, “worked on windows of a building at NASA while with 3M” and more.

He’s installed tint on everything from boats and cars to tractors and SUV’s — “if (there) was glass on it and you want it tinted,” he said.

“PPF protects your vehicles from rock chips, debris, like when you’re riding down the highway and get behind one of those trucks it throws off something and it chips your paint,” he said.

Champeaux has been installing PPF for quite a while but ended up going to San Antonio, where the company is based out of and got certified.

He ended up changing the products he was using to XPEL, which has something other products do not have — a warranty.

For example, you buy a new car, pay X amount for tinting and receive a warranty. But when you sell the car the warranty is done, it doesn’t transfer to the new owner. 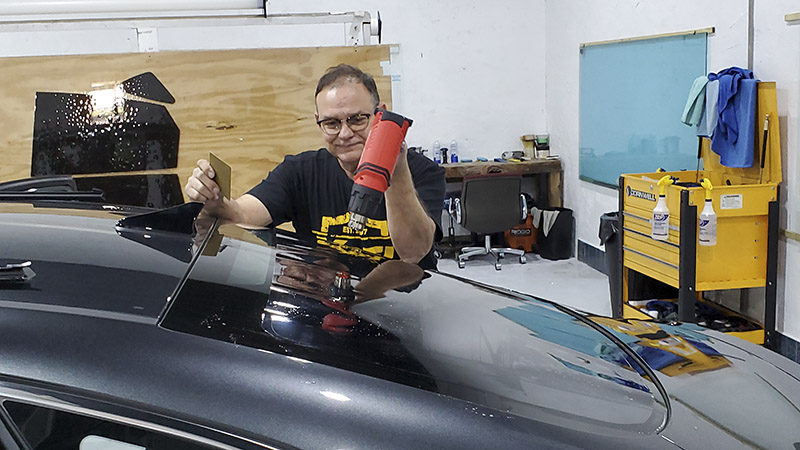 Craig Champeaux applies heat to the film during one of several processes. (Mary Meaux/The News)

“This film and this company transfers their warranty,” he said. “That’s how confident they are about their product. It’s the only window tinting that I know of that has a transferable warranty.”

There are many window tints on the market but “all window tint is not created equally,” Champeaux said.

He said a person can buy film that looks the same as a quality product for much cheaper but after 9 months to a year-and-a-half, the looks change.

“That’s the cheap glue. It’s not the installer. It looks great when you put it on but it’s not going to last,” he said. “I don’t cut corners on my window film. If I’m going to present a product to the public I want it to be the best that I can give them.”

Champeaux’s son Christian works at the shop too, while a younger son is in high school. On Tuesday, Christian watched as his father worked with the film. At first Christian wasn’t sure he’d be interested in the job until starting to get his hands on it, realizing it’s much more interesting than first thought.

One aspect he enjoys is another side of the business — residential tinting. The business also provides commercial work.

“It is a lifestyle now, a trade that I will always be able to know,” Christian said, adding he will be able to use this on his own car and have the knowledge to pass down later.