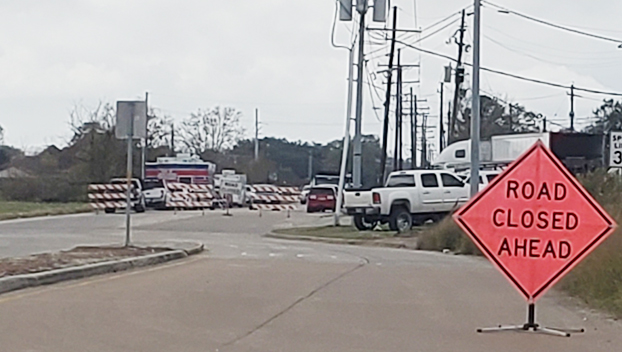 The trailer had been leaking Lubrizol 1389 at Nederland Tank Wash.

In addition, the majority of all materials and equipment that were utilized to remediate this incident have been transported off-site, according to the City of Nederland.

Some materials and equipment utilized during the remediation remain on-site; their removal is in process but will not occur until next week.

The remaining materials and equipment are not producing odors. Lingering odors may remain and will take time to dissipate, according to the City of Nederland.

CTEH will continue to conduct air monitoring for six hours after the trailer’s transportation off-site.

Following the trailer being transported off-site, emergency officials from the City have closed the operational period for this incident.

“Today, the hazmat incident that began on Dec. 12 ended with the trailer being transported off-site,” Mayor Don Albanese said.

“The Texas Commission on Environmental Quality is investigating the incident, and the City awaits reviewing the information from their investigation. It is our hope that the odors that impacted nearby homes and businesses dissipate as soon as possible.”

Albanese said he would like to thank the Nederland Fire Department, Nederland Police Department, Public Works Department and City Administration for their efforts responding.

“I want to acknowledge the leadership and efforts of Fire Chief/EMC Morton through this incident,” Albanese said.