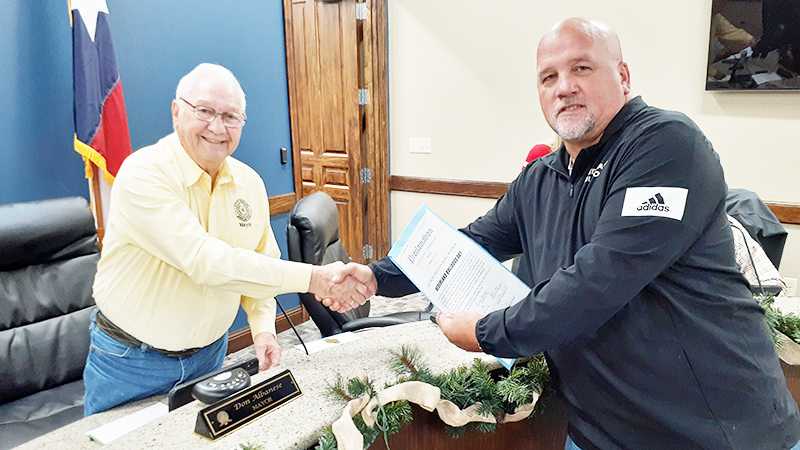 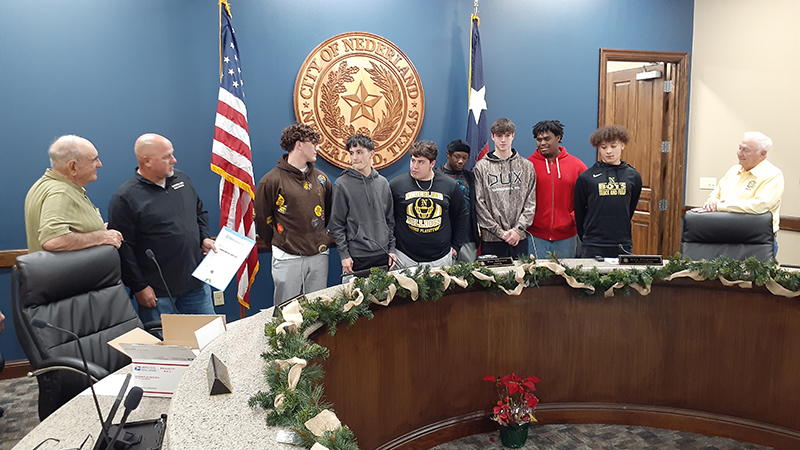 Mayor Don Albanese said the city was extremely proud of the players, coaches and support staff.

Talmadge Austin, Ward 1 representative and mayor pro tem, joked with coach Monte Barrow, “you don’t know how good, how easy it makes going back to work after that Friday night game when these guys did what they did. It makes it real easy. Thank y’all. Appreciate it.”

Barrow said it was extra sweet for the seniors to go out with a Bum Phillips Bowl victory.

Barrow said many of the players deservedly earned all district and all state recognitions.