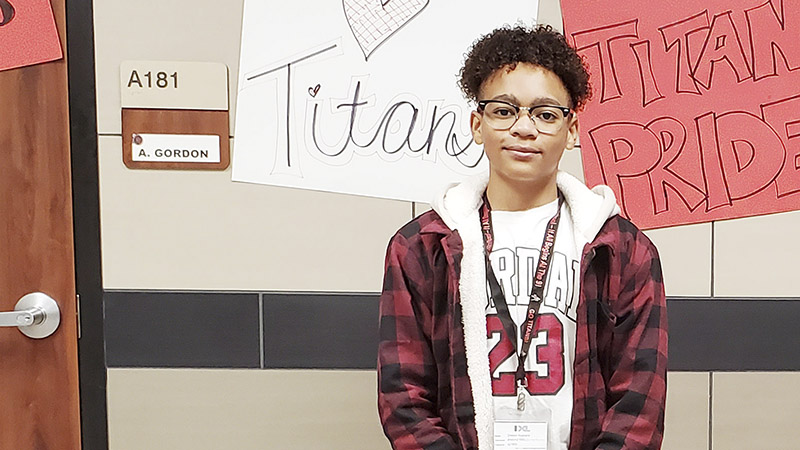 Ninth grader Dre’don Husband is preparing himself for success in the future. (Mary Meaux/The News)

Positive and motivated with an affinity for cars, Memorial Ninth Grade Academy’s Dre’don Husband has a bright path ahead of him.

“Dre’don is one who lets his actions speak louder than his words in the most positive way, [he] catches on very quickly, and does not mind helping others,” biology teacher Ashton Moses said.

“Mr. Husband is a wonderful student with a passion for cars and achieving academic excellence,” Smith said.

Husband enjoys his coursework and expanding his knowledge.

Biology is interesting to Husband because of the different types of cells. 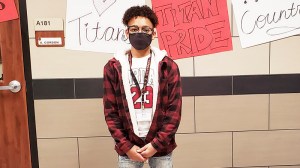 Husband is in all honors classes at Memorial Ninth Grade Academy and is in college prep classes called Advancement Via Individual Determination, or AVID.

Counselor LaKendra Mitchell said the program focuses on skills students need for college such as note taking, communication and research.

While college is some years down the road, Husband is interested in mechanical engineering, which goes right along with his affinity for cars.

In fact Husband has nurtured an interest in cars since he was younger and collecting Hot Wheels — he had approximately 150.

His passion now is working on and designing cars. One day, he would like to build his own car.

As for his free time, he enjoys comedies, action movies and video games with racing involved.

Dre’don Husband is the son of Drake Husband and Cassandra Husband.

“It is a blessing” — Community, volunteers brave cold…