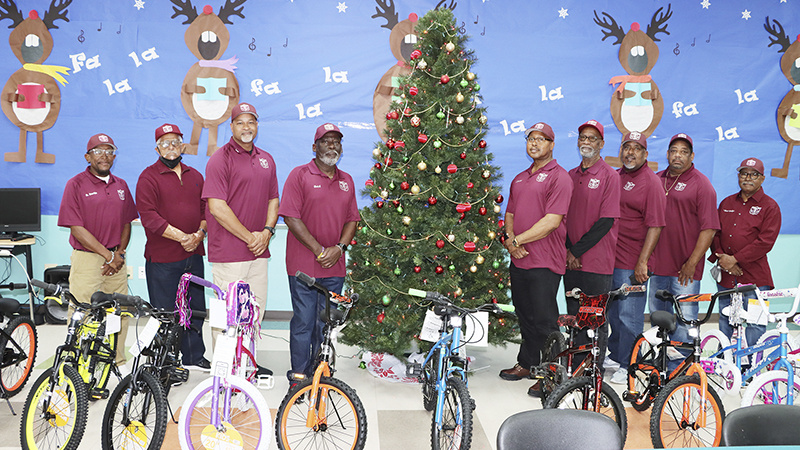 The Royalist Social and Civic Club of Port Arthur made sure several students in the Port Arthur Independent School District enjoyed a happy holiday season.

Group members donated more than a dozen bicycles Tuesday to Adams Elementary School, adding it was a privilege to award the bicycles to deserving students.

The Royalists have been working in the community for more than 60 years with service projects, such as distributing Thanksgiving and Christmas food baskets to needy families and supporting a variety of local causes. 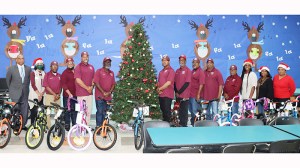 Superintendent of Schools Dr. Mark Porterie was present to express the district’s sincere appreciation for the generosity.