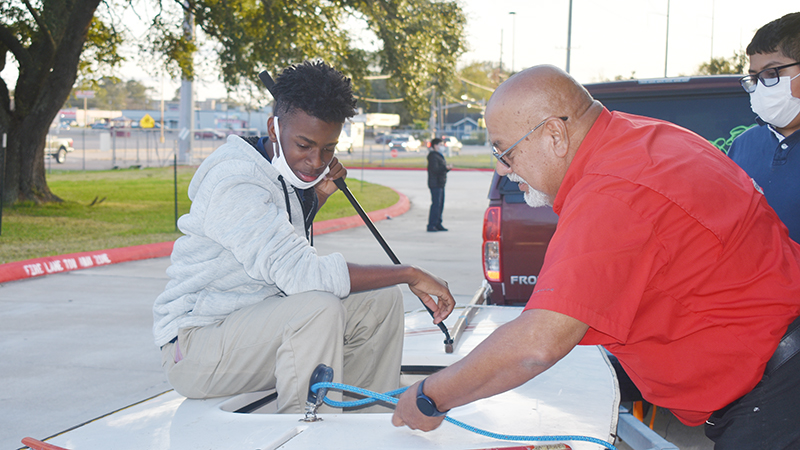 A club at Thomas Jefferson Middle School is not only about teaching the skills associated with sailing but also skills needed to become a successful individual.

Principal Kristi Lewis said the Junior Sailors of TJMS pathway exposes students to elements of nature and maritime opportunities that may potentially open scholarship opportunities and build skills that will last them a lifetime.

The club works in conjunction with the Port Arthur Yacht Club.

“The group of students in the club is interested in learning the craft and eagerly waiting to showcase their skills in late spring when they have the opportunity to actually maneuver the sailboat on the water by themselves,” Lewis said.

“Allowing the students to take ownership and pride in the different clubs and maintain bragging rights on which club is best is a positive asset for the campus,” she said. “Research shows that students that participate in extracurricular activities tend to fare better academically as well.” 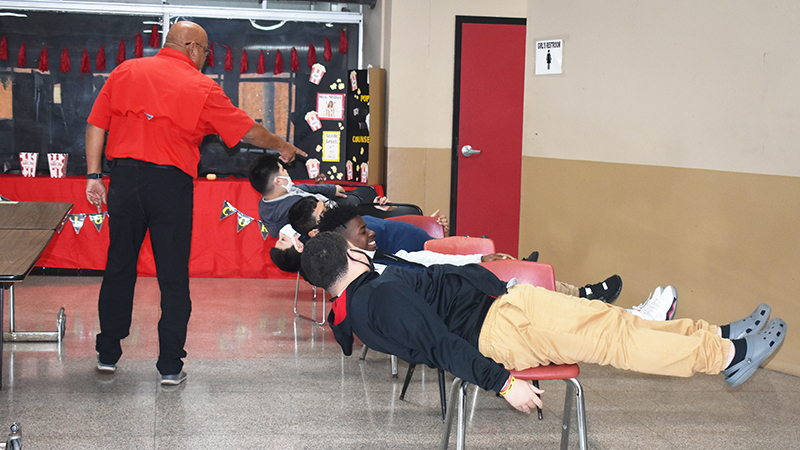 PAYC members Paul Vera and Donald Hearn shed light on the program prior to Monday’s meeting.

Vera said it began at an earlier meeting where he had the students reenter the cafeteria where the meeting was held — this was symbolic of the opening of a new chapter in their lives.

Hearn said some of what they will learn is safety and parts of the boat.

“They build up confidence because they deal with adverse situations,” Vera said. “And one of the main things I’ve learned is that when they learn to sail at this age, they become better drivers because they’re aware of their surroundings.” 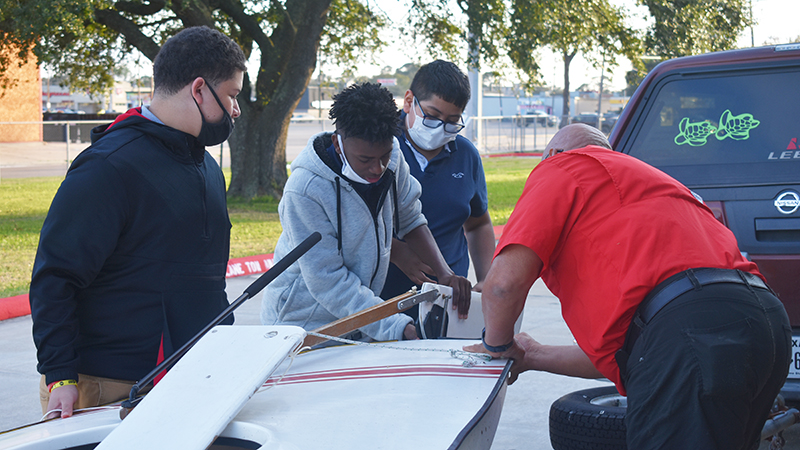 Sailing also opens doors to colleges, some of which seek sailors, he said.

Hearn said his son was in the sailing club at Texas A&M, and there met the clubmate that would become his wife.

As Monday’s meeting was kicked off, Vera had the nine students line their chairs one after another as he asked basic questions: what is the front of the boat called? The back? The left side and the right side?

He switched it up and had them demonstrate “hiking,” a maneuver where one uses his or her body upwind.

Vera and Hearn then brought the students outside, where they learned some lessons on and about a sunfish sailboat, which is a small, personal sized boat. 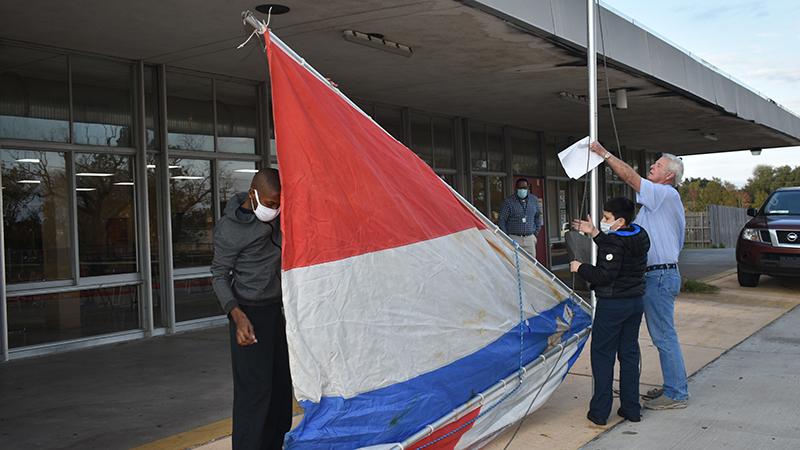 Students Brandon Drake, left, and Mauricio Vazquez work with a sail under the direction of Donald Hearn. (Mary Meaux/The News)