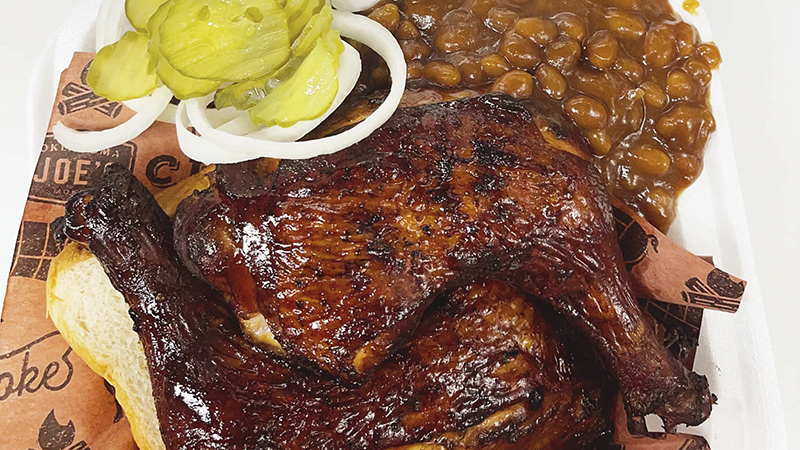 Yum BBQ offers plate lunches complete with a choice of meat and a side of beans. (Courtesy Photo)

PORT NECHES — An Army veteran has set up a food truck in Port Neches with traditional Southeast Texas barbecue.

“I have eaten barbeque all over the world and eaten grilled food all over the world,” Riley said. “There is nothing like Southeast Texas. We have our own brand to the way we cook down here. It is mixed with a little bit of Cajun, because we are so close to that border. Everyone seems to be going to a Central-Texas-style of barbeque. I just went back to my roots. That is what I love and what I grew up on.” 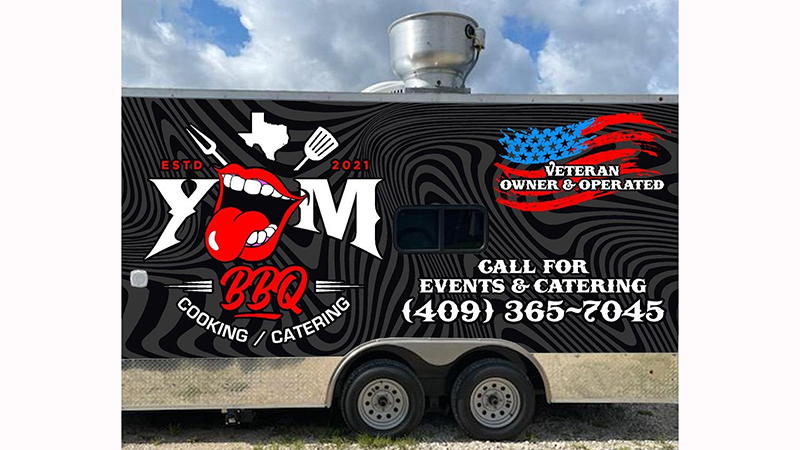 Yum BBQ is located at the corner of Nall Street and Port Neches Avenue. (Courtesy photo)

Riley spent more than 18 years in reserve, active-duty and National Guard for the Army.

“I was at Fort Bragg and Fort Benning most of my career,” he said. “I did different stuff. I was a paratrooper in the infantry. I was a drill instructor. I was an airborne instructor during that time as well.”

The food truck will deliver to local business, too.

“We get businesses to order,” Riley said. “If they order $50 or more, I come in on my off day. I do all of the cooking. I deliver for free. I go and take a picture and put it on my Facebook and just try to get my name out here.”

Riley previously owned his own cooking business but used it as a side job.

“This is a first time doing it as my main thing,” he said. “I got a full kitchen. It is just a mom-and-pop trailer and just set up.”

The cook said he got his love of the kitchen from his family.

“My grandmother used to bake all kinds of cakes and stuff,” he said. “I was always by my mom in the kitchen. The beans I do are the beans my mother did when I was 8 years old. That is where I learned to do the beans. When we would have family get together, I would be out there with my dad and Paw Paw at the grill.”

Now, he is the defacto cook for family gatherings.

“When we get together, I am the one in the kitchen,” he said. “I do 90-percent of the cooking. If I am with my brother, we share some of the responsibilities.”

Riley said he is also looking to expand his menu with the new year.

“Right now, we offer pulled pork sandwiches, brisket and chopped beef,” he said. “I am doing some brisket quesadillas now and some grilled cheese, but I would like to do home cooking, too. If you are from the south, for new years you have to have purple-hulled peas, cabbage and some ham and some hot-water cornbread. I am going to run a lunch special with stuff like that.”