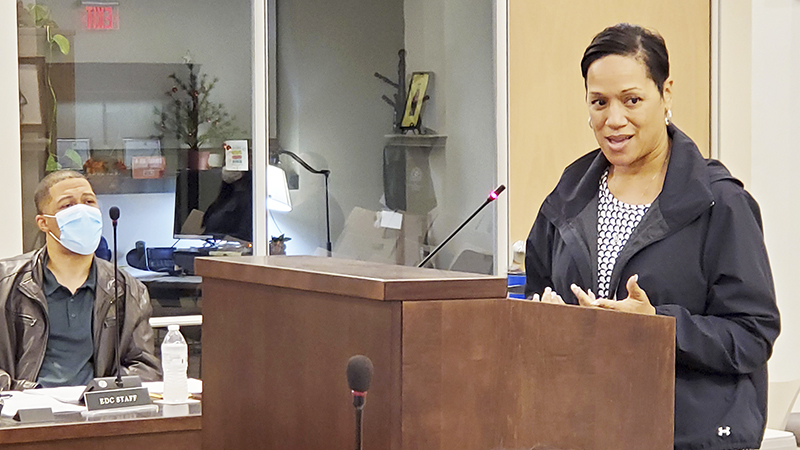 Local restaurateurs Diane and Tommy Guidry already own the successful Edith’s Place in downtown Port Arthur, the same place where the U.S. Army chose to cater roughly 3,000 soldiers in town for training in 2020.

The Guidrys are now looking at a venture that has proven successful in other parts of the U.S. — a Food Park.

Diane even found a prime location at the site of the now demolished La Hacienda restaurant, 7700 Ninth Ave.

She brought the idea to the Port Arthur Economic Development Corporation recently, where board members approved a letter of intent for an infrastructure economic incentive.

Dianne said a lot of Mid County traffic doesn’t go to downtown Port Arthur so there are people that do not know of Edith’s Place. 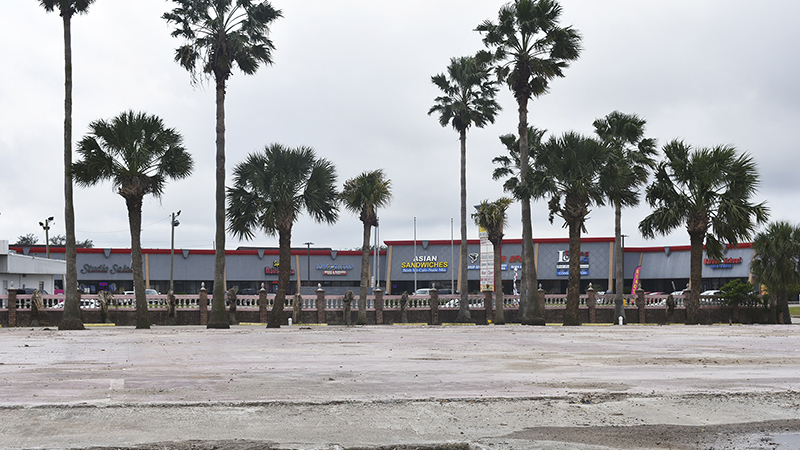 The slab where La Hacienda restaurant once stood at the corner of Ninth Avenue and Jimmy Johnson Boulevard may become home to a Food Park. (Mary Meaux/The News)

Through her other job she had the opportunity to visit The Yard in Salem, Oregon.

It is a 7,000 square feet metal building with different food venues lined up. There is a bar, a playground for children and much more.

Her vision has 10 food huts that are 8 X 10 in size — five on each side. Each vendor will sell different meals.

“Basically if I have someone that’s doing authentic Mexican (food) I can’t have anyone else selling Mexican food. They can have the same sides but the main entree would be different,” Dianne said.

She called it a way to bridge the gap between Port Arthur and Mid County.

“I feel that breaking bread with different people from different cultures would be a way to bridge a gap in this community,” she said.

Dianne said they will put up the equipment for the food huts, and the prospective client would pay rent and utilities for the hut.

“Every hut would have its own utility pole,” she said. “They would have their own gas line and their own water line because I felt it was not fair for 10 people to be on one bill and maybe two people don’t make rent or something or can’t afford it. Then the other vendors shouldn’t be penalized because one or two people can’t meet the utilities. Everybody has to be responsible for his or her own utilities, pay their own rent.”

Guidry said she has spoken with the owner of the land where La Hacienda was recently demolished and the owner is willing to sell for a good price.

PAEDC board member Jerry LaBove spoke with Port Arthur Newsmedia on Thursday about the proposed project. He said if she can get financing for it, it would be a wonderful project.

This is just the first step for Guidry in her bid to create the Food Park.