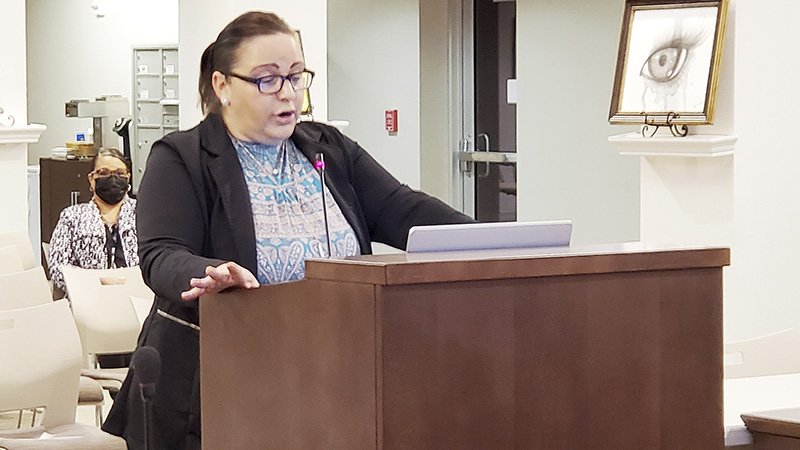 The Port Arthur Economic Development Corporation board has chosen a new leader.

Jessica Carpenter, who last worked as development director at Port Lavaca EDC, was named CEO during this week’s meeting.

Carpenter was one of three finalists named late last month, the other two being Biguita Hernandez-Smith and Larry Calhoun.

None of the finalists were in attendance at the meeting Monday.

Board president Darrell Anderson said board members spent a great deal of time interviewing candidates and narrowed the choices to three, with each meeting in person with the board.

The decision to name Carpenter as CEO was unanimous.

The next step is for Port Arthur City Council to approve the PAEDC’S decision.

Not everything has run smoothly for the PAEDC of late, as the city council opted last week not to approve the board’s decision to hire Germer PLLC for legal counsel. The vote was five against the hiring of the law firm and two voting in favor. They included Councilwomen Ingrid Holmes and Charlotte Moses.

Now PAEDC board members want to know why.

Board member Kaprina Frank said the board has a process and bylaws they follow and suggested a letter be sent to city council asking the reason for denying their decision.

“My suggestion is put it in writing,” Frank said.

Jerry LaBove felt the same, wanting to know the reasons behind the decision.

The PAEDC is using Davidson, Troilo, Ream & Garza PC Attorneys at Law of San Antonio as interim counsel. Frank Garza has been in on a number of meetings and on Monday, Austin Beck was on the conference call when the board voted to send the letter.

But sending the letter does not mean the city council is required to answer, interim CEO George Davis said.

Germer PLLC previously served as legal counsel for the PAEDC but resigned July 13 when the former CEO Floyd Batiste resigned.