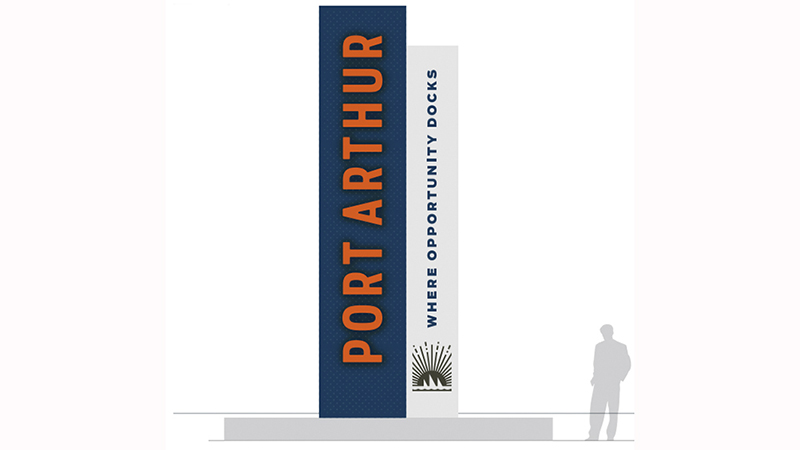 A project to place signs ranging from 6’ down that was first introduced to City Council last year was updated Tuesday with a potential timeline.

On May 26, 2020, the City entered into an agreement with Clark Condon Associates, Inc. of Houston to design the city’s Wayfinding and Monument Program.

On Tuesday, Parks and Recreation Director Chandra Alpough said in September, Clark Condon representatives met with committee members regarding the sites for Primary and Secondary monuments.

These will be large — some backlit — signs designed to highlight entryways into the city.

Alpough said those locations are still under consideration.

“They are currently working on it and construction documents,” she said. “The primary and secondary documents are site specific, meaning they require a specific set of documents for those sites. The rest can be done in one set of documents.”

Councilman Thomas Kinlaw asked if the City was still waiting on approval for designs?

“We’ve already approved the designs,” Alpough said. “That was done when they came before council in May.”

Kinlaw then asked how long the construction period would last.

“Depending on the award of the construction bid, they’re saying it could be six months,” Alpough said.

Currently the plan is to place about seven primary signs and 50-60 others of various types — from location markers to informational signs — at other locations in the city.