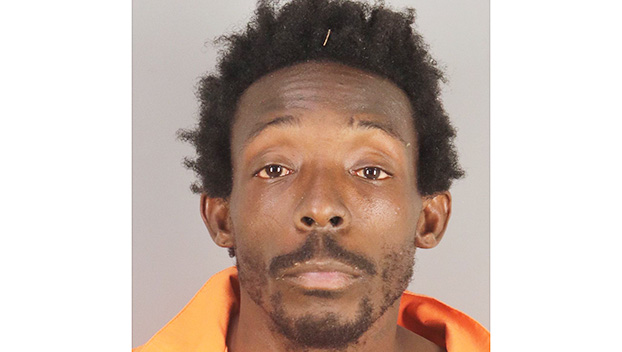 A Port Arthur area transient who reportedly held a knife to another man’s chest and made him remove his clothes while asking for narcotics was indicted by a Jefferson County grand jury.

Beaumont police were called to a robbery on Nov. 13 that reportedly took place behind EZ Pawn on College Street. The suspect was described as wearing a black shirt, blue sweatpants and had a hammer and knife with him.

Police said an assailant approached another man behind the pawn shop and asked him where the narcotics were located, according to court documents. He then put the knife to the man’s chest and made him take off his clothes. The victim said he was robbed of clothing, wallet, cell phone and Nike shoes with a red “swoosh.”

A suspect, Brodrick Tyrone Walker, 37, was located by police wearing a blue sweatshirt, blue sweatpants and was in possession of a knife and hammer. He also was wearing Nike shoes and had the victim’s ID card and social security card, police said.

Walker was also indicted on a possession of cocaine charge stemming for an Oct. 9 incident.

Nederland police were called to 2100 FM 365 on a call of a suspicious man crouched behind a dumpster.

When police talked to Walker he reportedly said he was there waiting on his cousin but when asked which apartment he lived in, the suspect pointed to two different apartments that were not next to each other, police said.

The officer felt Walker seemed unsure of the name of his cousin and, while speaking with him, noticed a clear straw sticking out of his left pant’s pocket. During a search, the officer noticed an unknown object concealed in Walker’s underwear. He was placed in handcuffs while the officer retrieved the item, which ended up being a rag that had a necklace and broken glass wrapped in it. He also had a clear plastic baggie with a white powdery substance believed to be cocaine next to him.

Walker denied the cocaine was his.