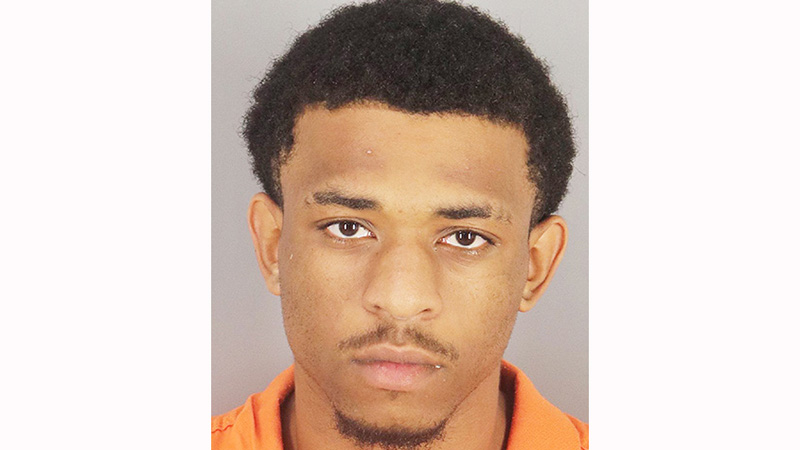 A 19-year-old from Port Arthur has been charged with felony escape after he was reportedly arrested at the probation office, ran from law enforcement twice while handcuffed behind his back and was found on a neighboring street wearing nothing but underwear and handcuffs.

Bryson Boudoin Jr. was indicted this week by a Jefferson County grand jury on the third-degree felony.

According to a probable cause affidavit, on Nov. 1 at approximately 1:30 p.m., Boudoin appeared at the probation office on 4th Street, only to learn his probation had been revoked and there was an active warrant against him on a charge of aggravated robbery.

Boudoin, according to the report written by a Jefferson County Sheriff’s Office deputy, was told county officials were there to arrest him. At the time, Boudoin was wearing a black shirt and blue athletic pants.

The deputy placed the parolee’s hands behind his back and secured them with two sets of handcuffs. However, Boudoin then allegedly took off on foot. The deputy followed on foot while the suspect ran across Proctor Street.

A call was made to the Port Arthur Police Department, from which an officer reported seeing Boudoin in an alleyway between 6th and 7th Streets. Although he continued to run, Boudoin was ultimately taken into custody at the corner of Atlanta Avenue and 7th Street.

While in transport, the vehicle stopped at a stop sign at Atlanta and 6th Street, where Boudoin reportedly opened the left passenger door and ran east.

He was found shortly after on 8th street wearing only underwear and handcuffs.

Boudoin was placed in a PAPD unit, where he unsuccessfully tried to kick the window out, and ultimately brought to the Jefferson County jail.

As of Thursday morning, he was still listed on the county jail roster with a $500,000 bond for felony escape and no bond listed for aggravated robbery.