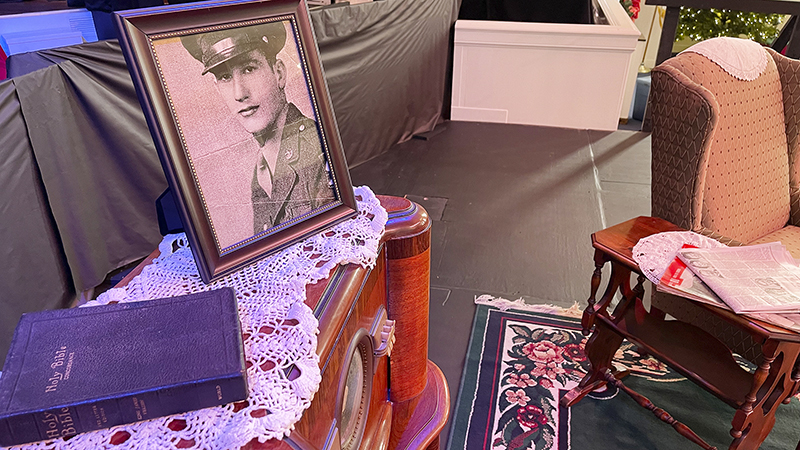 But this year, the church is dedicating the December production to the 80th anniversary of the bombing of Pearl Harbor — bringing comedy, tragedy and the sense of togetherness to those in attendance.

“The context is World War II, and of course we’re going to have everybody in period piece attire,” said Pastor Jason Burden.

“And in the context is the news of the bombing of Pearl Harbor. And it just shows the characters entering into that grief and reminding us how desperate life can be. But it’s a message that ends with hope and strength that comes from faith.” 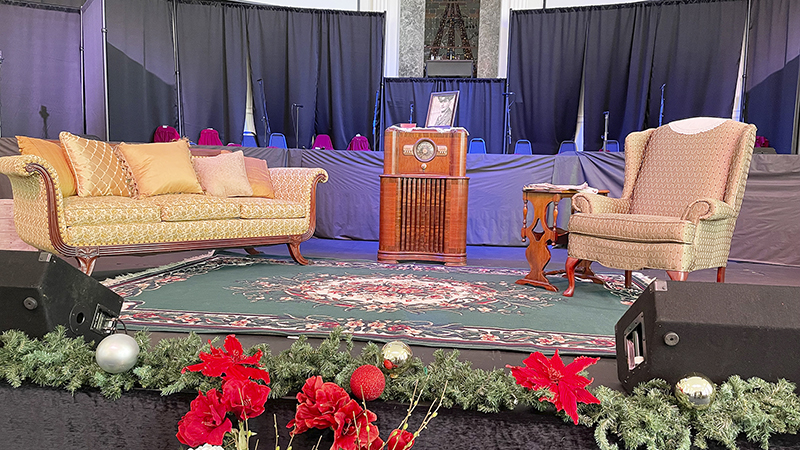 Those participating in the show have been practicing for almost half a year.

Jim Crain, who is overseeing the production, said it begins on Thanksgiving in 1941 and spans through Dec. 10 of that same year.

“It starts off Thanksgiving 1941, and (everyone) is upset about the war going on in Europe,” Crain said. “We don’t know what’s up. And the character is a grandfather, who is just reminiscing about life and how things go on.”

The characters are set as a family in San Francisco mostly gathered around a radio.

The family members rotate through the channels as the choir and other cast members in the back orchestrate the part of music, radio shows and whatever else might play through the speakers.

They even re-enact old radio shows — until it changes.

“In the middle of it… ‘We interrupt this broadcast with a special announcement. Twenty minutes ago the Japanese bombed Pearl Harbor,’” Crain said. “And everything just halts. And it’s not about what’s coming up; it’s about your family and what you have here with us. And at the end, everyone comes out singing Christmas carols because it’s the right thing to do.”

The production is free to the public Sunday at 6 p.m. and Monday at 7 p.m.