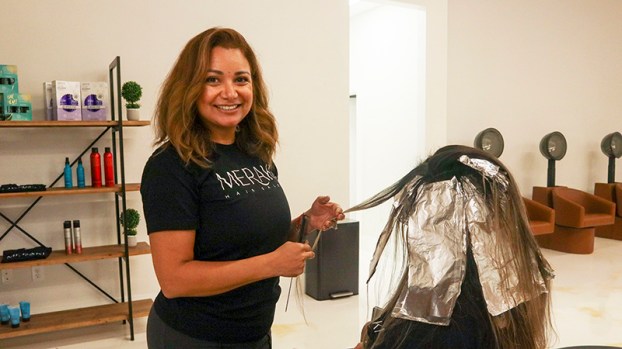 Myra Sandoval has been a hairdresser for 15 years and owns Meraki Hair Salon. (Chris Moore/The News) 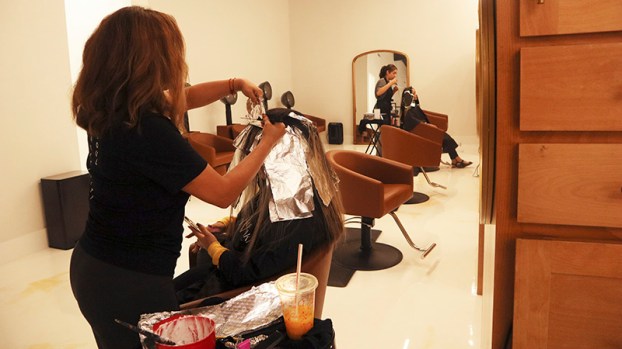 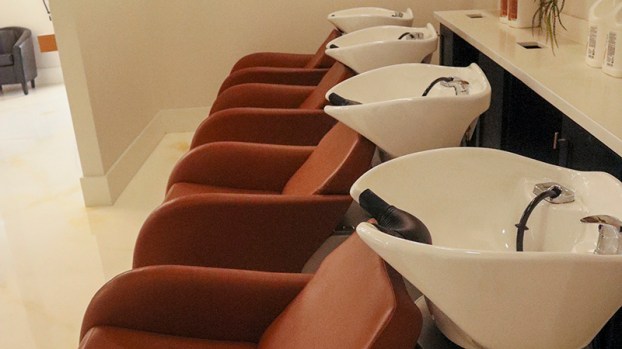 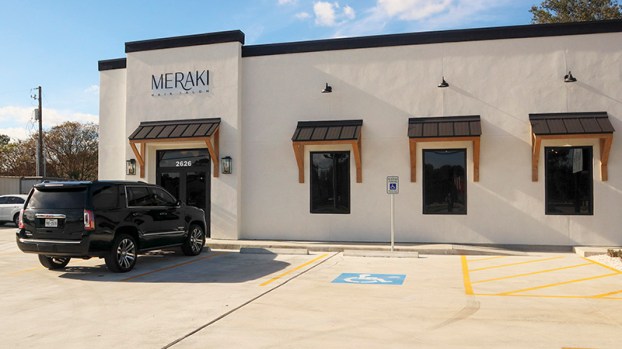 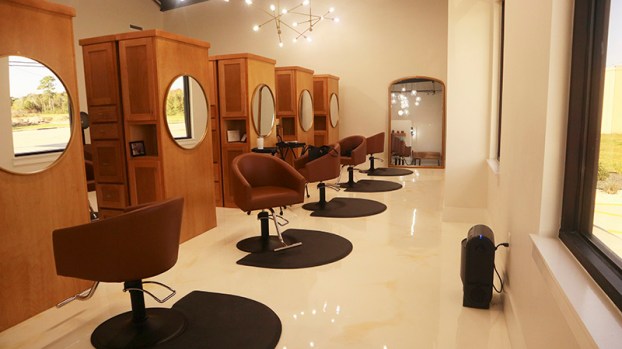 The salon has 10 stations for patrons to get an assortment of treatments and services. (Chris Moore/The News)

PORT NECHES — Fifteen years ago, Myra Sandoval decided she wanted a career change. She originally went to school for sonography but said the hospital setting wasn’t for her.

“I was always creative and good with my hands,” she said. “I decided to go and try out cosmetology. Once I got into class, it was interesting and I was kind of good at it. I was standing out of my group and I thought I could do it for a living.”

“It was just time,” she said. “I got tired of going to different stations and different salons.”

Sandoval said she didn’t see herself owning a salon when she started, but added that the timing was right.

“It was not in my plan, but things progressed and started changing,” she said. “My husband is a builder, so I could’ve had it done, but I never really wanted it because I didn’t really want the responsibility. It was just nice to rent a station and only worry about that. It was just setting up my mind to be able to do that.”

Sandoval said her husband built the salon, which was his first commercial project.

“We started in 2020 with all of the permits and that took a while because of COVID,” she said. “Everything was closed and it was a mess. He started building in May of this year.”

The salon has four shampooing stations along with 10 stations for hair dressing.

Sandoval said the location got off to a fast start due to her employees already having a steady clientele before joining the salon.

She said hair dressing allows her to scratch her creative itch.

“I do up-dos and I am really good at them,” she said. “That is where I can be creative.”

“We do makeup,” Sandoval said. “In a month, I will have a lady that is going to do body contour. She does facials and stuff like that.”

She wants to bring in people who do eyelash extensions and massage therapy .

“It is hard to find people that can do that,” she said. “I haven’t really posted that I am hiring, but I only have two rooms for private services, but hopefully I will get another, different service.”