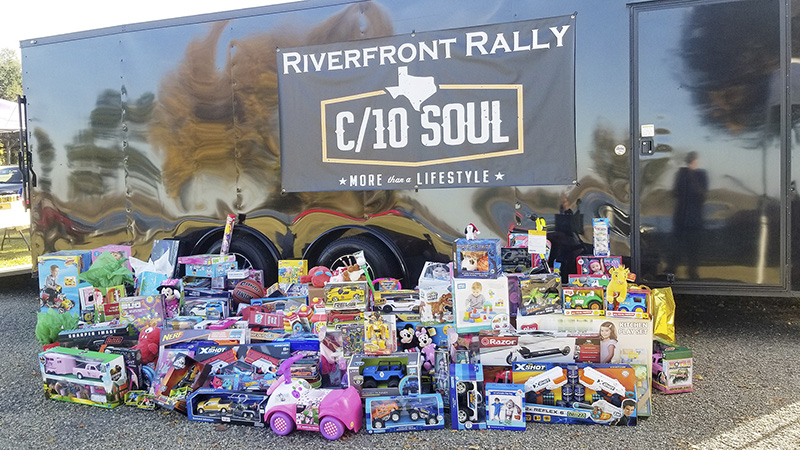 PORT NECHES — A local truck enthusiasts group is gearing up for the 4th Annual Riverfront Rally Toy Drive that will benefit local children.

Toy donations will be accepted, and there will be food, vendors, hot chocolate, live music and a car show.

Entry is free for spectators to walk around and check out the rides.

Entry for the car show is $20 or bring a toy to enter. Entries can be any year, make and model, said Moose Johnson of the C/10 Soul club and event organizer.

There will be trophies given away, door prizes and an auction.

Johnson explained a C/10 is an older model Chevrolet pickup truck, mainly from 1967 to 1987 and is what the club is centered around. Johnson also owns a clothing company named C/10. 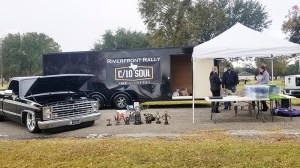 “We started the toy drive four years ago as a way to give back. Every year it’s gotten bigger,” Johnson said. “We started out in a parking lot in Nederland, then hooked up with the City of Port Neches, the Chamber and city manager. This is our third year to have it at Port Neches Park.”

Johnson said the club collects toys, monetary donations, food donations and gift cards to be given away locally.

They work with local schools and word-of-mouth to find the names of those in need. They work on a first come first served basis.

Each year the group recognizes a person who has passed on that year, and this year the event is in honor of Brian Schoenberg.

Schoenberg, of Groves, was the owner and operator of Brian’s Wrecker Service. He died in August at the age of 57.

Johnson said Schoenberg was a member of the club and a big supporter of the Toy Drive.

Debbie Plaia, executive director of the Port Neches Chamber of Commerce, said the toys given to the chamber as an entry fee for Christmas parade will be donated to the club for their toy drive.

“We think they do a great job and we truly support them,” Plaia said.