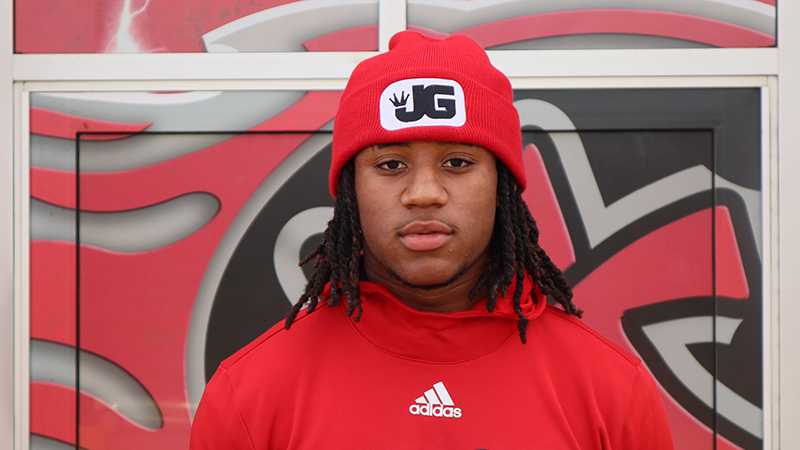 Jaylon Guilbeau wears a beanie with his logo on it. Chris Moore/The News

A Memorial senior has already started to take advantage of the new college name, image and likeness (NIL) rules.

Over the summer, the NCAA announced college athletes could begin to profit off their name, image and likeness, which was previously forbidden and could result in loss of eligibility.

As the rules changed, college athletes and soon-to-be college athletes began to cash in on endorsement deals and other branding opportunities. The top end of the sport saw players like Alabama quarterback Bryce Young making nearly $1 million, according to his head coach, Nick Saban.

However, state agencies that govern high school athletics kept their rules in place, forbidding athletes to profit from their name, while competing, which is why Guilbeau waited until after Memorial’s football season ended to launch his merchandise.

“It came about by me, my mom, my dad and my trainer,” Guilbeau said. “It is a great deal for college athletes to make money going into college. I wanted to start it off a little early and get the feel for it. When I get to college, I wanted to have everything mapped out, so when I get there, I just have to sign with someone and get it going fully.”

Guilbeau, who is one of the state’s top-rated corners, verbally committed to play next season at the University of Texas. He intends to graduate in December and enroll at Texas in January. 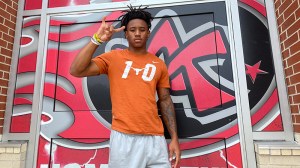 The defensive back is currently selling beanies, hoodies, short-sleeved shirts and long-sleeved shirts. The prices range from $10.50 – $25. Those looking to purchase any merchandise can find it online at jgmerch1.myshopify.com.

While the change in rules offers challenges for student-athletes, college athletic directors and compliance officers are also trying to figure how to navigate the new terrain.

Street said two student-athletes at LSCPA initially inquired about the rule but ultimately did not follow through with any plans.

“I follow what is going on on the national level, but all of this is still new to everybody,” Street said. “The National Association of College Directors of Athletics had webinars and provided a lot of information over the summer to help everyone learn what was to come.” 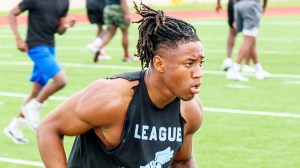 Many larger universities began creating opportunities for the players to maximize the ruling.

The University of Texas was one of several “big-name” schools that signed a deal with a company called Brandr, which helps organize group licensing opportunities for the student athletes.

Guilbeau said he hopes the University helps him grow his brand.

“It is a pretty big deal,” he said. “Hopefully, whenever I get to Texas it will work out well.”

He said he hopes to get a bigger brand involved once he gets established with the Longhorns.