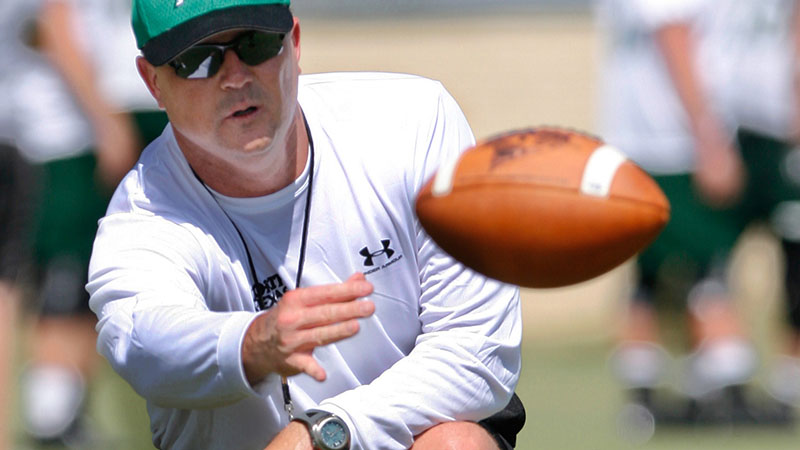 Todd Dodge, a former high school football star in Port Arthur, is coaching for a state title. He leads the Austin Westlake Chaparrals.

Port Arthur has always been known as a hotbed of athletic talent on the football field, but a look at the remaining 16 teams in the 6A Division I and II Texas High School Playoffs reveal the area has a knack for producing top-notch coaching as well.

Todd Dodge, Craig Stump and Kenny Harrison have their respective teams in the final eight in 6A playoffs. All three graduated from Thomas Jefferson High School in the 1980s.

Dodge played quarterback at TJ, when the team made it all the way to the State Championship game against Odessa Permian in 1980. He went on to play at the University of Texas.

Dodge coaches Austin Westlake and is favored to win his third consecutive state title with the program. He also won four titles in seven years at the 5A Southlake Carroll.

Stump, who currently coaches Atascocita, followed Dodge as the quarterback at TJ in 81 and 82 before playing at Texas A&M. Stump coached at Monsignor Kelly Catholic High School from 2003-2004 before coaching at Beaumont West Brook from 2005-2011.

Stump took the head coaching position at Atascocita in 2012, where he led his teams to the playoffs for eight straight seasons.

Harrison was a standout receiver in the late 80s and went on to play at the University of Texas. He coached at Memorial from 2009-2017, where he led the Titans to a combined record of 69-36 and seven playoff appearances. 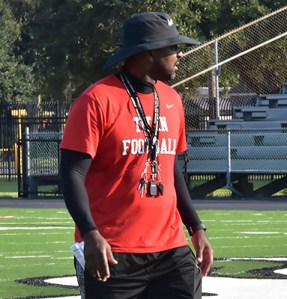 He took the head coaching job at Summer Creek in 2018 and now has the program in the final eight for the first time in school history.

Westlake, led by Dodge, is ranked No. 1 in the state and No. 2 in the nation. Westlake will take on Austin Vandergrift (12-1) at 2 p.m. Saturday in Royal Memorial Stadium.

Westlake has won 37 consecutive games and outscored playoff opponents by a combined score of 180-16.

Harrison will have a tough task on his hands this weekend as Summer Creek takes on the No. 5 team in the state and No. 7 team in the nation in Katy, which has outscored playoff competition 181-29.

Harrison and Dodge are coaching in Division II.

Stump, who is coaching is Division I, will coach Atascocita against No. 7-ranked North Shore. The two teams are from the same district, and the previous matchup this year went in favor of North Shore with a final score of 31-21.

From Port Arthur Newsmedia, we wish the remaining coaches the best of luck with their games this week and in the rest of the playoffs.