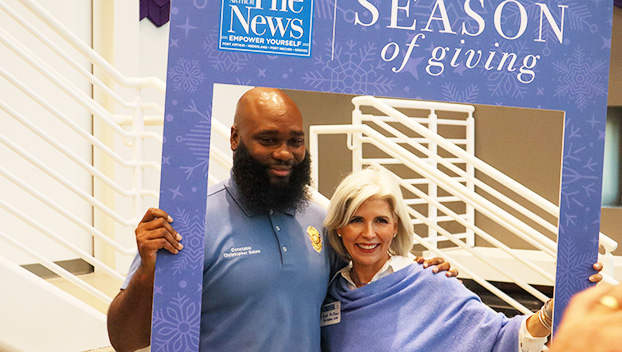 And that’s just what happened Tuesday evening during the Port Arthur News Season of Giving powered by Port Arthur LNG.

During the event, which is in its first year, 13 nonprofit organizations that serve Port Arthur and Sabine Pass were awarded grants totaling $25,000.

The event was held in the Umphrey Industrial Technology Center on the Lamar State College Port Arthur campus.

How the grants will help

Allen Nation, president of Adaptive Sports for Kids, said the grant would go to help purchase equipment and uniforms they supply to the athletes and other needs of the organization.

“The program is free of charge for any adults or children with special needs. That has happened from day one and will continue to happen. This money helps us to keep that aspect,” Nation said.

A.S.K. allows children and adults with special needs a chance to play sports including baseball, soccer, taekwondo, basketball, bowling and even a fishing tournament. They also play flag football and hold a sports banquet for the athletes.

Nation summed it up easily when asked to describe the feeling of seeing the special needs children and adults take part in sports — “pure joy.”

“To see a child with special needs or adult the first time they hit a baseball by themselves. The first time they catch a baseball, first time to make a basket in. basketball. Sometimes they’ve never tried these things and when you see them with this success — the smile, it exhibits such pride and happiness,” he said. “They might not have ever thought they would ever do or have access to taekwondo or basketball. They have a place to go to, a place to belong to, a team and camaraderie.”

Nation said sometimes the athletes are partnered with a buddy who helps in the games. He tells them if they come in with an open mind and open heart, it will change their life.

There is no fee for the special needs kids or adults to participate. 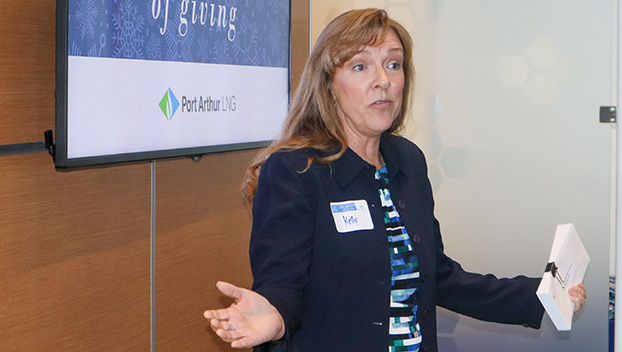 Johnny Hulin with the Willie Carter Outreach Center said the grant gives the center an opportunity to extend the services they are already providing.

“One of our focuses is going to be a resource connecting individuals who have mental health and substance abuse disorders,” Hulin said.

The support may come in the form of boots for work, birth certificates, providing hot meals. The center is also partnering with one or two other organizations to provide hygiene kits for the homeless population in the city.

The kits include soap, sanitizers, knit hat and gloves.

Hulin was going to borrow $100,000 from a bank to build the center when a church member said he’d give the money as long as they provided the substance abuse ministry.

Several weeks after the building was dedicated, he died but he did have a chance to see it, Hulin said.

The center holds 12-step recovery meetings seven days a week and provides three virtual meetings per week for folks with substance abuse issues. They also have a computer lab, where those in recovery can search for jobs and more.

Robin McCutcheon, executive director of Samaritan Counseling Center of Southeast Texas, said the grant would go toward upgrading technology, which in turn is used for clinical mental health services.

“We hadn’t projected two years ago all of our technology would need video and sound capabilities,” McCutcheon said, adding some of the equipment was upgraded quickly but not all.

Samaritan Counseling provides mental health counseling for children, adolescents and adults either face-to-face in an office setting or through a video setting.

The center also helps those without health insurance or those at a financial crossroads by providing a fee subsidy.

The needs have greatly increased with the pandemic, she said, and they are seeing higher numbers of adolescents than before.

“The depression and the anxiety in young teens has significantly risen,” she said. “Their inability to socialize as they have before, they’re worried about catching the virus and also watching loved ones become ill; it’s worse on community as a whole.” 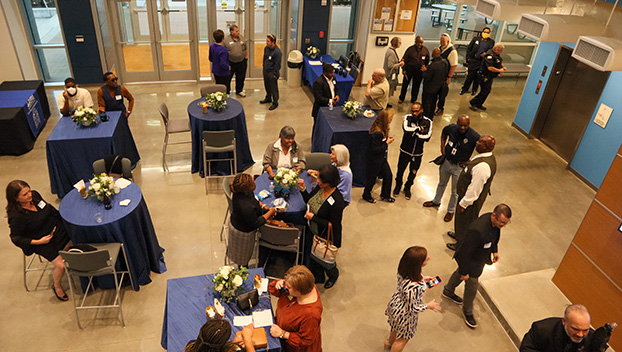 Port Arthur News Publisher Stephen Hemelt greeted the crowd Tuesday and spoke about making the connection with the community alongside Port Arthur LNG.

“We had the opportunity to solicit applications from nonprofits, from organizations and people that are making an impact in Port Arthur and Sabine Pass,” Hemelt said. “And the fact that we had such a great turnout of people who participated and an even better response from the organizations that you guys represent means a lot to me, means a lot to this program.”

The hardest part, he said, was the selection process.

Editor Monique Batson said she also felt it difficult and rewarding to work through the selection process.

A committee was chosen to help with the selection, including Batson, Tim Duriso, Johnny Brown, Tracy Ramirez and Raquel Ochoa.

Dr. Beverly Reynard, president of LSCPA, welcomed the crowd to the Umphrey Industrial Technology Center, giving some history of the building built that was completed and opened two days before Hurricane Harvey struck in 2017.

Luckily the floodwaters didn’t come close to the building.

The building is home to industrial training programs such as process operating, instrumentation, drafting and other programs associated with the industry in the area.

She also noted the $2 million training unit funded by a U.S. Economic Development Administration in 2018 that is a life sized model for students to train on.

Kelly Prasser, external affairs senior manager for Sempra LNG, said the reason for the event is to kick off the holidays and celebrate doing it.

She said she called Hemelt with the idea of wanting to do something fun for the holidays and also have representation in the community. They sat down, had many discussions and the Season of Giving was born in Port Arthur.

Prasser thanked the recipients for what they do, saying it is heartwarming to see how much is being done right here in this community.