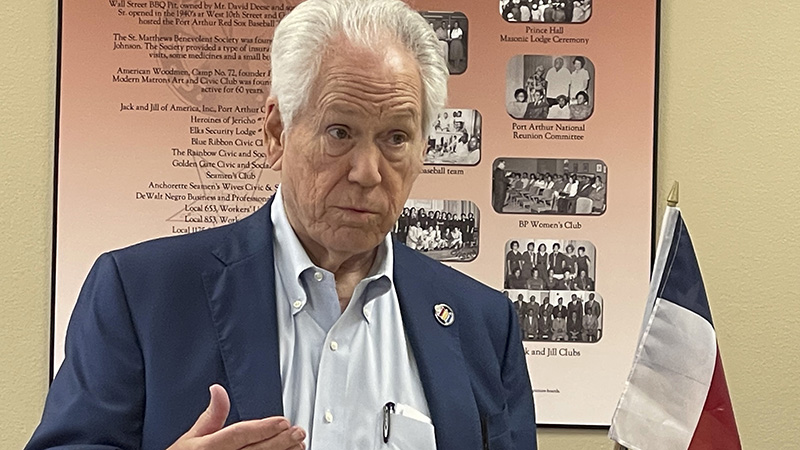 Former presidents of the Port Arthur Rotary Club recently gave a history of the organization and its origins, including how two local clubs merged into one.

Jeff Hayes, Barry Davis and Dr. Mark Porterie spoke at a recent Rotary meeting, beginning with the 1905 creation of Rotary International in Chicago.

“Rotary was founded on somewhat of a selfish motive,” Barry Davis said of the service organization. “Four guys got together and said, ‘How can we help each other?’”

But it wasn’t long before they worked towards helping others.

“They built (restroom) facilities,” said Jeff Hayes. “There was no place for people to go to the restroom.”

The Beaumont club formed in 1913, and they established the Port Arthur club in 1915. It was the 147th club in operation at that time.

Some of their first projects included starting Community Retirement Home on Proctor Street, which is still in existence. They also founded the Hughen Center, now Bob Hope School, and paid for the teachers and their benefits. Later came the local chapters of Little League and Boy Scouts.

The club has now spent more than $1 million on grants, projects and service missions in the City of Port Arthur and surrounding areas, Hayes said.

But their reach has far surpassed Port Arthur.

Hayes said a former member from the Netherlands went back home and created a chapter there. A member of that chapter later became president of Rotary International, and came to speak in Port Arthur.

In 1953, Port Arthur Rotary created a club in Groves and Port Neches, which have since merged, and then Nederland in 1961.

And later that year, a second Port Arthur club formed. 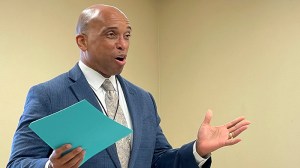 But as years passed, membership in both groups declined. And that, said Dr. Mark Porterie, was the primary reason they decided to join in 2014.

“The two clubs were strong — strong willed and strong with men and women involved,” he said. “And because…of the dwindling number of members, we decided that both clubs should merge.”

He laughed as he added, “Now, easier said than done. Very strong-willed men and women, as I said. But we did it, though. And we knew it was in the best interest of the Rotary Club in Port Arthur to merge.”

While the two separate entities had not mingled much in the past, becoming one didn’t take long.

“When we did come together, it was a true come-together,” Porterie said. “It was like we had been together all along. It was truly fantastic. And today, this is where we are.”