Port Arthur dance team headed to nationals in Florida, but they could use your help 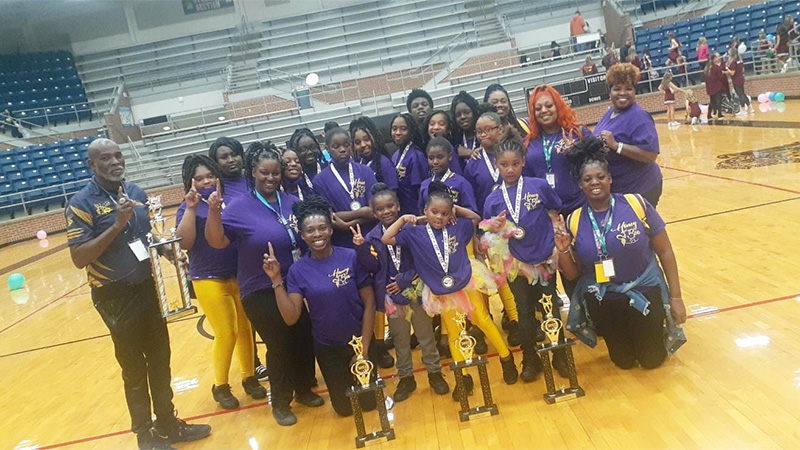 The Port Arthur Honeybees were recently named Regional Champions and will be heading to Universal Studios in Florida to compete Dec. 5. (Photo courtesy of Brooke Coleman)

On Sunday, the recently named Regional Champion Honeybees will be headed to Orlando to compete in Nationals at Universal Studios.

But the 10 girls in the long-time organization ready to bring the trophy back to Port Arthur could use a little help from the community.

“We usually pay for at least half the trip; we’ve been fundraising all year long,” said Brooke Coleman, director of the Port Arthur Honeybees. “We’re literally down to our last $2,000 and it cost $7,000 to compete. We’re out here doing the best we can.”

The group of young women that stretches from 5 to 16 years of age is a nonprofit little league team affiliated with the Port Arthur Jr. Bees Football Organization.

“For us, our mission is always keeping the legacy alive,” Brooke said. “I was a Honeybee in high school. I was also a cheerleader when I was a kid. My dad has been coaching the football side for 30 years or so, so when I came back from college he asked me to bring back the cheerleaders.”

Her dad, Bradford Coleman, is president of the Junior Bees. But his legacy in local little league is quite lengthy. He started with the organization in the mid-80s, later became coach, and took over as president in 2007. However, he has also been coaching basketball at the YMCA for 18 years and little league baseball for 10 years.

The mission of the Honeybees, Brooke said, is very similar.

“We do this to install great things into these kids, and sports is a great way to do that,” she said. “We use sports as the window, but we try to educate the girls. We have etiquette classes and other things we use to enhance them.”

And the mission, she added, has always been keeping the legacy alive.

The girls cheer for the football team during the season, and afterward start competition dancing. They are split into three competition teams: Tiny Mite, Junior Peewee and Varsity.

Only Junior Peewee and Varsity will be going to Orlando.

Although one of their biggest supporters, Bradford won’t be able to attend this time. However, he does have a message for the dancers.

“Coach Brad is very proud of (you),” he said. “We hope to bring home the national championship.”

It will be the 9th time the team has done so.

Donations to help the Honey Bees make it to nationals can be made at Port Arthur Community Federal Credit Union, 3100 Central Mall Drive, under the account no. 9766 (name: Jr. Bees).

City looking at next step in revamping Pleasure Island…