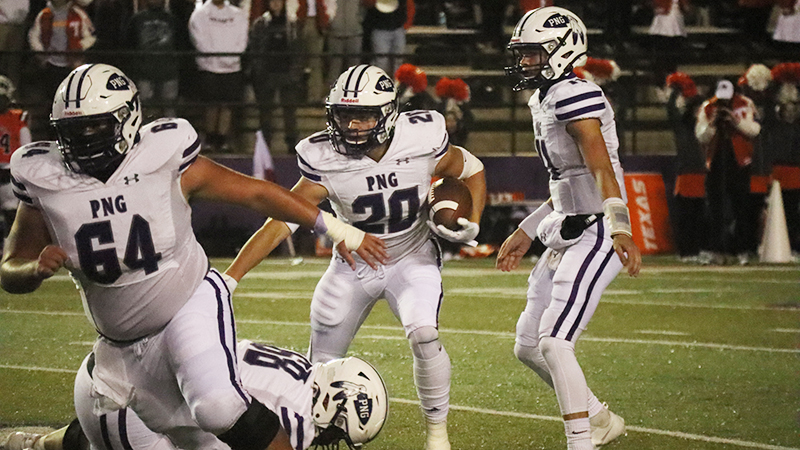 PORT NECHES — In one of the most up-and-down seasons for the Indians, Port Neches-Groves surpassed expectations by making it to the third round of the 5A-II playoffs.

Prior to the season, Dave Campbell’s Texas Football magazine predicted the Indians would finish in fifth place in District 12-5A Division II and miss the playoffs for the first time in eight years. The team went on to finish 8-5 (4-3 in district), which was good enough for third place and made it to the third round of the playoffs for the fourth time since 2016.

“I am extremely proud,” Head Coach Brandon Faircloth said. “Practicing with those guys and watching their work ethic, resiliency and passion and how they represented PNG every week made me proud to be part of this team.” 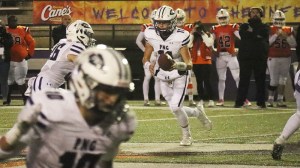 Faircloth had a chance to take in the moment as the team took part in the traditional Thanksgiving Day practice.

“I was just out there soaking it in while they were practicing,” he said. “They refused to listen to what anyone thought about them or where they thought we should be ranked. We had some downs this year. It would’ve been easy to throw in the towel and give up, but they responded the right way.”

The Indians started district play with a loss to rival Nederland but were able to bounce back with a shootout over Dayton to get the season back on track. A couple of weeks later Faircloth went through one of his most trying times as a head coach when junior varsity player Noah Jackson was sent to a Houston hospital with a brain injury.

“It put everything into perspective,” Faircloth said. “When you have a kid of his caliber, who is a hard worker and was going to have an impact on our program, to see him go down like that is life-changing. It really is… It puts into perspective what these kids put on the line every week to play the game of football. To see him carried off that way was tough. My prayer life got a lot better, I can tell you that, because we were praying for him every day.”

Jackson attended the Thanksgiving Day practice as a spectator after spending 40 days in the hospital.

PNG was able to win four out of its last six to make the playoffs, where the Indians upset Galena Park and No. 8-ranked Montgomery. The team’s season ended across state lines at Northwestern State University, where the Indians fell 44-21 to Texas High School.

Faircloth was thankful for each senior that contributed this season.

“They led by example,” he said. “They didn’t have a lot success in middle school, so they came into high school with chips on their shoulders. They had a great freshman year and continued to work and grind. They love being PNG Indians and made sure they were coaches on the field and that we had great practices. They have bright futures ahead of them. I told them after the game to never let anyone tell them that they can’t do something. After what they accomplished this year, they can take these lessons and apply them the rest of their life.” 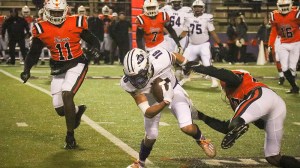 Chance Prosperie breaks a tackle in the first half of PNG’s game against Texas High School. (Chris Moore/The News)

Faircloth also hit some milestone wins for his career. He racked up more wins than any other coach in the school’s history and recorded his 100th career win in the final regular season game over Santa Fe.

“It has been extremely special,” he said. “God has blessed me so much through my coaching career to be a part of good programs and continue to be a part of this one is a blessing. I couldn’t be here without my family. To share it with my son Cooper is special. I have been blessed with wonder players and coaches.”

While many teams that make it to the third round of the playoffs are senior heavy, the Indians will return several key starters next season. Faircloth, who will enter his 13th season as the PNG head coach, is looking forward to next year.

“We feel very confident,” Faircloth said. “We have a long way to go still. Experience is the one invaluable thing. Whenever you can bring a lot of it back, it gives you an advantage, but you have to use that advantage. But we are very blessed to have them back.” 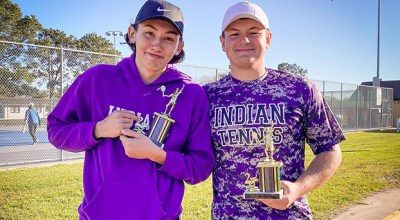 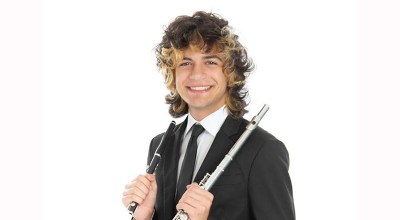