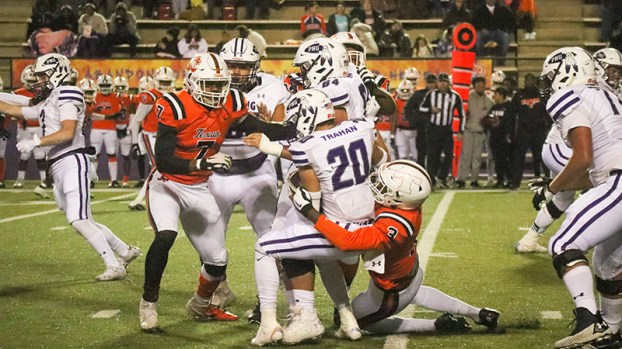 PNG running back Koby Trahan gets dragged down in the first half. (Chris Moore/The News) 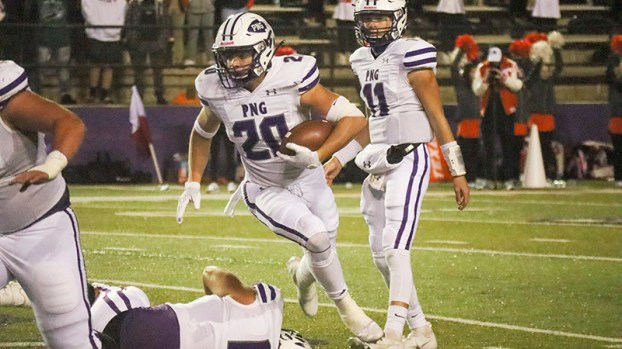 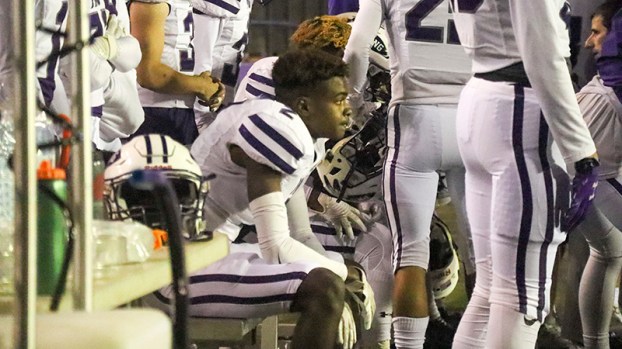 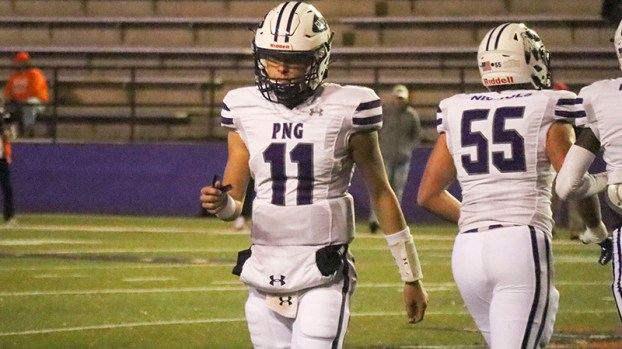 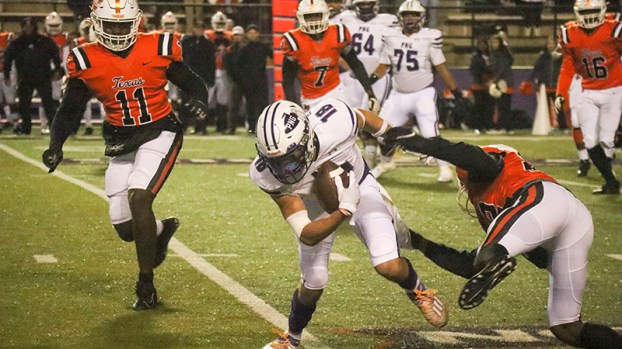 Chance Prosperie breaks a tackle in the first half of PNG’s game against Texas High School. (Chris Moore/The News)

NATCHITOCHES, Louisiana — Port Neches-Groves’ season came to an end across state lines as the Indians fell 44-21 to Texas High School in the Region III Semifinal at Turpin Stadium Friday.

Texas High entered the game ranked No. 6 in the state and PNG was the lowest remaining seed.

The Tigers jumped out early, scoring twice in the first two minutes of play.

After a Port Neches three and out, Texas High School scored on its first play with a run up the middle for a 50-yard touchdown to take a one-score lead just 37 seconds into the game. The Tigers missed the extra point, but more would follow.

On the ensuing drive, PNG quarterback Cole Crippen was picked off and it was returned for a touchdown to bring the score to 13-0 with 10:12 left in the first quarter.

“They are a really good team,” Head Coach Brandon Faircloth said of Texas High. “When you make some mistakes, and credit to them they made some plays. It didn’t start like we wanted it to. I am just proud of our fight and our effort to finish strong in the second half.”

PNG got on the board just before the halfway mark when Shea Adams punched in a score from two yards out to make the score 27-7 with :37 left in the second quarter.

The second half did not fair much better for the Indians, who failed to convert an onside kick to start the third. On the next play, Tigers running back Braylon Stewart ran a 34 yard touchdown to give Texas High a 34-7 lead.

After going three and out, the PNG defense gave up a long run by Stewart that put the Tigers deep into the Indians’ territory. The PNG defense held strong and forced Texas High to kick a field goal to bring the score to 37-7.

Crippen was picked off again; this time on a deep shot to Chance Prosperie. A few plays later, the Tigers scored again on a 23-yard strike to make the score 44-7 towards the end of the third quarter.

With 11:19 left in the game, Crippen found Prosperie on a back-shoulder fade route in the end zone to shrink the Tigers’ lead to 44-14.

Despite the loss, Faircloth said he is proud of his team.

“It is not easy to be a PNG football player,” he said. “The hours these kids put in and what they do to their bodies to represent PNG, no one does it better. They are so coachable and they play so hard and with so much passion. I am so proud to be their coach. It didn’t end our way tonight, but they played hard for four quarters.”

Preseason rankings predicted PNG to miss the playoffs. Friday’s game was the fourth time the Indians made the third round since 2016.

For PNG, Trahan played on a hurt ankle that kept him out of most of the second half last week. He did not practice all week and finished the game with 81 yards on 15 carries.

The Play Of The Games Was…After going three and out on the first drive, PNG took over down 6-0. Crippen dropped back before throwing to his left, where he was intercepted by a Tiger defender who weaved his way for a touchdown. The pick-six put the Indians down 13-0 two minutes into the contest.

Next Up…Texas High School will take on the winner between Crosby and A&M Consalidated in the state quarterfinals.